38 years ago Def Leppard released the song Photograph but more importantly 20 years ago Joseph Ammendolea created a music video for the song in his high school TV/Film class.

He didn't have a script or even a basic outline written down.  He just went off an idea in his head and hoped his friends would trust him.  His friends had no clue what the hell he was doing and spent most of the time goofing off.   It's a miracle a coherent story could be gleamed from.

The video would garner him an A+.  He was the first and only student in the class to figure out how to "perfectly" time dubbed music to the rest of the video.

Here's the video and its blooper reel dating back to 2001. 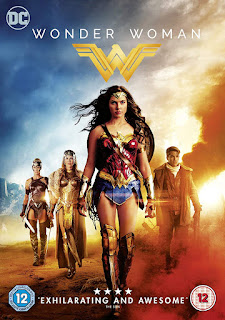 Today we’re talking about Wonder Woman (2017), a film that has garnered lots of money and positive critical acclaimed.  The former being the true test of success for box office standards has all but guaranteed more DC films.  This is a problem for the superhero film genre.  While Marvel is making quality action films that are worth watching, DC is competing by making horrible films in an effort to kill the genre.  It’s the only logical explanation.
From the 70s to the 90s DC was the only major comic book publisher to churn out films.  Once Marvel got into the game with the concept of a unified film universe it was the biggest gamble ever.  A gamble that’s paid off huge and is currently reshaping the blockbuster film genre. 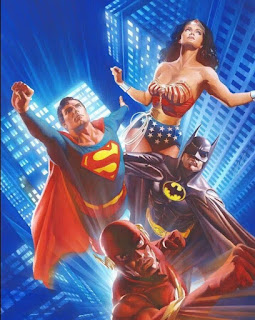 DC is now trying to capitalize on the hard work of Marvel by making their own film universe.  Something they could have done decades ago...Unfortunately for fans DC has no clue how to do such a  thing.  They hire people to make films with no understanding of the characters or any idea on how to make a film.  DC translates Batman Begins success as being a dark gritty story to, every comic book movie must be dark and gritty.  Batman is a dark character hence the darkness.  Superman is a hopeful character, but DC fills it with despair. 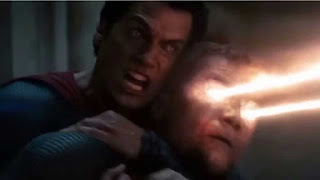 Then we have Wonder Woman (WW), a film they’ve been trying to get off the ground since the mid 2000s when Josh Whedon was slated to write and direct.  Eventually the mega success of the Avengers forced DC’s hand into producing content but they forgot it needed to be quality.
The Wonder Woman film is supposed to be about woman empowerment but she just runs around nagging people for the first half of the story.  It finally steps on a theme worth its weight in gold but quickly abandons it for “almost awesome” action that never quite measures up.  The film’s story is a giant puzzle where most of the pieces fit but there are sections that still need work. 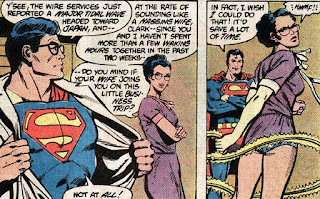 The film opens with Diana Prince getting a package from Bruce Wayne then we flash back to her childhood.  We learn a bunch of exposition and a clear misdirect that is a plot twist we can see from outer-space.  Diana lives on an island full of beautiful women warriors then Steve Trevor crashes on the island and she saves his life.  Some mild action ensures, he asks for help fighting in World War I, she agrees.  Off we go to our story.  Most of this opening could have been seriously cut down.  There was way too much character development with no real payoff.
When she finally heads off on her adventure to kill Aries the God of War we’re inundated with a love story that is forced into just about every DC comic film.  Marvel does not do this in every film, but it’s DC’s go to plot point and sends the deeper meaning that women need men to define them (even empowered women). 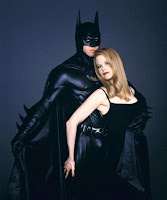 While in “Man’s World” Wonder Woman states her mission a few hundred times, some jokes ensue, we get another mile long obvious plot twist thrown at us in the guise of who Aries really is.   One of the better moments in her endless nagging was when she told a general of the British Army where to stick it.  Perhaps more generals need to be reminded of the lives they are responsible for.  That moment gave me some hope the film might evolve into something of substance.
Steve Trevor, Wonder Woman, and some riff raff friends meet up, talk about WW's endless beauty then take a journey to the war zone.  From there we witness the PG-13 version of the horrors of war.  The pressure builds, or at least tries to build to the point where when we finally see WW sport her full on armor and a fight we’re supposed to be moved by.  And the film almost succeeds, almost. 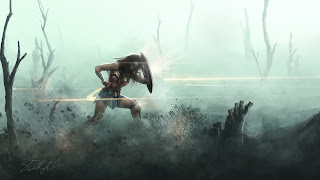 The team is stuck in a trench (trench warfare was a big deal in World War 1) as women, children, and soldiers are  dying.  Wonder Woman wants to end the fighting but Steve Trevor is like no stick to the mission.  The mission he doesn’t even believe in, he’s only taking her there at WW's insistence, as part of the deal for her to take him off the island.  Therefore WW getting a speech to complete a mission she wanted to go on by a guy who didn’t want to go in the first place.  Trevor’s character through the entire story is the equivalent of J. R.  Smith’s basketball career.  You want to like him, you root for him, but what they hell is he doing at any given point? Wonder Woman ignores the "don’t go out there" orders, leads a charge in slow-motion, bleak dull color, and stops the "bad guys."  It was almost moving and touched upon a theme of women breaking off on their own against men’s oppression (war is oppressive) and winning the day, this is a great theme, though it gets lost in the inconsistent action of the no man’s land battle.  The action picks up immensely  when she invades the town and frees the civilians.
After the big sequence the film doesn't tread back to the women empowerment angle.  It gears toward the love story again.  A by the numbers film motif that is wasting everyone’s time and slows down the plot.
MAJOR SPOILERS
When the film finally gets back into progressing the story it’s just all par for the course action and those predictable plots twists.  Like the mighty God killer weapon created was WW all along and not the armor she brought with her.  Aries is actually the man pushing for peace and not the evil German making deadly gas.  The film skipped another potentially wonderful theme when WW killed the evil german dude and mankind was still fighting.  Steve Trevor give her a solid speech that mankind is weak and needs to be saved from themselves yada yada yada which would have been a wonderful summary of mankind and a brilliant direction to take our hero who chooses to strive for peace in spite of that.  But of course Aries does show up and a lackluster battle between Gods ensue.  But the male costar of the story cannot be outdone so he must find a way to get in on the action and save countless lives.  If the genders were reversed Lois Lane can just standby on the sidelines while the hero fights the good fight. But with Wonder Woman, Steve Trevor has to save the world in his own way.  We should probably be thankful he didn’t find a way to help her defeat the God Aries and his life saving action was a separate battle altogether.

The bad guy is defeated and the film concludes and I’m sitting in the theater bored out of my mind.  Behind me is a row of teenage girls justifiably giggling through the campier plot points of the film.  My main regret what is likely their first exposure (in my brain anyhow) to an empowered female character and the superhero genre, is that of a mediocre comic flick, that garnered positive reviews because it’s the least shitty DC cinematic universe film.  It in no way measures up to any of the Marvel films.  And if we’re looking at comic films, the standard should be Marvel’s films.  Above standard are the Christopher Nolan Batman films.
Why does this film fail? Because it has no follow through with its themes.  They are all shallow and poorly explored.  It hits a point but fails to follow-up.  The action has moments but nothing unique or even something by the book that’s executed in an enjoyable way.  The giant lightning God fight at the end was bland.  The characters lacked depth, Trevor’s character was whatever the film needed him to be in the moment.  Wonder Woman was a tough as nails fighter but was irritating when things didn’t go the way she wanted.  It wasn’t empowering it was annoying.
Written by
Joseph Ammendolea
Owner/President
“I Like To Play With Toys” Productions®
ILikeToPlayWithToysProductions@Yahoo.com
Posted by “I Like To Play With Toys” Productions®. at 12:00 AM

Sorry we haven't updated in a few months.  We got a little distracted with life but will be back in the swing of this starting next week.  Thanks for your patience.

We made Dumped a black & white film and it looks amazing.
Posted by “I Like To Play With Toys” Productions®. at 12:05 AM

Email ThisBlogThis!Share to TwitterShare to FacebookShare to Pinterest
Labels: dumped 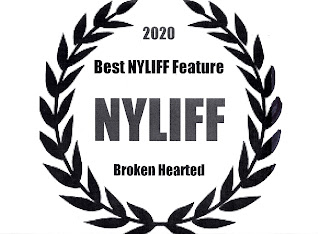 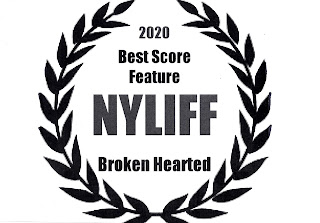 A scene from the film The Cosplayer
Posted by “I Like To Play With Toys” Productions®. at 12:01 AM

Email ThisBlogThis!Share to TwitterShare to FacebookShare to Pinterest
Labels: The Cosplayer

A scene from our film The Cosplayer
Posted by “I Like To Play With Toys” Productions®. at 12:15 AM