Watch Dave say the name Kerry Hoskins a little too much.
Posted by “I Like To Play With Toys” Productions®. at 12:00 AM

On the cusp of a global nuclear war a man uses a love potion to make a woman fall in love with him.  It ends with a disastrous results. 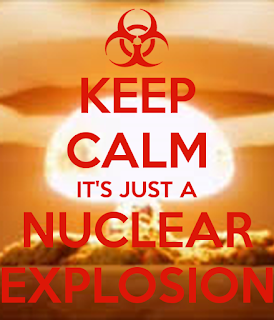 Email ThisBlogThis!Share to TwitterShare to FacebookShare to Pinterest
Labels: "I Like To Play With Toys" Productions®, Blue Movie
Location: Williston Park, NY, USA

Dave has a girlfriend? BTW Dave lied he lives in Nassau County NY. He's so old he likes cracker barrel.  Just wow.....
Posted by “I Like To Play With Toys” Productions®. at 11:18 AM

WHY I WON’T SEE DC FILMS IN THE THEATER ANYMORE


It’s finally happened.  I am done paying the $12 movie experience cost to see a DC film.  It’s been one disappointing film after another.  Being generous we’ll say the last decent DC film was The Dark Knight Rises.  That was followed by a very solemn Man of Steel (2013) which kicked off the DC Cinematic Universe.  While Man of Steel was not the film I hoped it would be it had the potential for sparking a fun film franchise.

Man of Steel was a disappointingly dark film but it ended with a twinge of expectation.  Superman resolved to be a beacon of hope for the world and protect humanity.  It paved the way for a sequel that wouldn’t be so bleak.  Then comes Batman v Superman: Dawn of Justice (2016), a film even darker than its predecessor despite the critic and fan outcry of its predecessor. How could DC drop the ball so badly?


The quick answer is director Zach Snyder, the Michael Bay of comic book movies, minus all the sexist and racist jokes, actually minus humor of any kind.  Based on viewing his recent films one might gather his parents killed his puppy in front of him as a child.  He doesn’t believe in hope, just hints of hope fueled by pessimism.  Can we really blame Snyder for all of this?

The real culprit is Warner Brothers Studios/DC Comics’ failure to understand what audiences loved about The Dark Knight trilogy.  Prior to Christopher Nolan’s Batman Begins (2005) we were given Joel Shumacher’s Batman & Robin (1997); a campy take on Batman with some fun special effects, flamboyant set designs, Bat-Nipples, and awful dialogue.  It was a giant leap from the gothic origins of Tim Burton’s Batman (1989).  Burton’s film receives mostly positive accolades despite its lack of an easily understandable plot and over acting from Jack Nicholson as the Joker.  Burton’s film focused on gadgets and an unbelievable film score by Danny Elfman.  After the dissolution of the Batman Quadrilogy Warner Brothers rebooted the franchise with Christopher Nolan leading the charge.   Nolan went back to the dark grittiness of Burton’s film without any of the classic Nicholson overacting.  Nolan’s Dark Knight films were a massive success with a combined box office intake well over $118 billion.

During the Nolan trilogy period Bryan Singer restarted Richard Donner’s 1970s Superman. Superman Returns (2006) “underperformed” at the box office, grossing $391 million and fell flat with critics causing WB/DC to pull the plug on the new franchise and Brandon Routh’s career.  The think tanks at WB/DC deduced from the “failure” of Superman Returns that audiences wanted dark and gritty.  What they failed to understand was Nolan did not create dark and gritty.  He focused on character development and plot.  They also missed the whole premise of Nolan’s Batman.  That despite all the corruption and evil that surrounds the world, people are inherently good and evil can be overcome.  So for as pessimistic as Batman appears the underlying tone of the Nolan trilogy is optimism.  It’s a story about a man who overcomes a childhood trauma takes control of his life and devotes everything he has into inspiring others to do the same.

So when we get to the Superman reboot it’s all doom and gloom.  We were willing to give Snyder some latitude because he was developing a film universe but the follow-up Batman v Superman squashed any chance of inspiring tales of hope.  As you sit through the film, it’s a world questioning the actions of a man who flies around helping people.  This is a far cry from the comic book allegory about a refuge immigrant who is adopted by the country he flees to after a mass genocide and goes on to become loved and revered as their greatest citizen.  Perhaps the film reflects too closely on today’s America and defeats the purpose of a film being created for escapism or life inspirational life lessons. 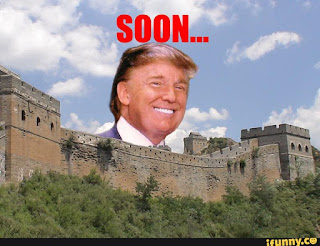 Batman and Superman spend their entire time hating one another because the title of the film tells them too.  The film tries to explain why and build up to some awesome action sequences but falls short.  Superman who’s supposed to be the beacon of light in the DC comic world is too depressing of a character to get behind in this film version.  Batman is written well and is the mysterious brooding loner as portrayed quite well by Ben Affleck.  Wonder Woman receives much of the praise in the film because she’s the only one with any energy.  She comes in throws out quick one-liners and moves the damn plot along without all the Emo Freak complaining of her co-stars.  When your entire film is two tough guys sulking in a corner than you’re going to love the girl with spunk telling everyone what needs to be done.

That’s the real bulk of the issue with the DC Cinematic Universe.  It’s too damn cynical! The writing is weak and the stories are a bummer.  A character like Batman gets away with being a downer because that’s basically been his character throughout his fictional history.  A character like Superman or Wonder Woman need to be more upbeat like their comic counterparts.  I’m not saying throw personal/moral dilemmas out the window, I’m saying they should face these dilemmas and come out of them with a better and more positive persona much like Nolan’s Dark Knight Trilogy. That’s what audiences want from a comic book film.

Solomon's Key is an action/puzzle hybrid that's both delightful and infuriating. Create and destroy blocks in each room, find the key, get to the door and save the fairies for a high GDV (whatever that means.)
Posted by “I Like To Play With Toys” Productions®. at 12:00 AM

While having a conversation about Star Trek: Into the Darkness with my mother, it was expressed to me that she thought the latest Star Trek movie was a prequel to Star Trek: The Original Series.  This was alarming to me because I felt the entire concept of the alternate timeline was thoroughly explained by the King of the Nerds JJ Abrams in his prior Star Trek film.  It was apparent that Star Trek was an unintended victim of George Lucas.  The Star Wars prequels have caused confusion in the science fiction world leaving people to think that a young Kirk, Spock and McCoy in a feature film is a prequel instead of a continuation of Gene Roddenberry’s futuristic vision of mankind.  My wife seemed to understand the alternate timeline, but in my mother’s defense, my wife was subjected to hours of conversation…excuse me…lecturing from me about the 40+ years of established Star Trek continuity.  Thus I have set out to explain some of the more important details in Abrams’ Star Trek.
Let’s first examine the last time we saw Spock (Leonard Nimoy) in the Star Trek timeline prior to the JJ Abrams Star Trek (2009) film.  Spock last appeared in a two part episode of Star Trek: The Next Generation entitled Unification.  Captain Picard (Patrick Stewart) was sent to investigate a possible defection into the Romulan Empire by Spock.  It was in fact not a defection but more of a mission of sorts.  Spock was preaching peace and logic to the Romulan’s in hopes of merging the planets of Romulus and Vulcan into peace.  The two part episode ended with Spock remaining with the Romulans and preaching his cause to whoever would listen.

Fast forward to the end of Star Trek: Nemesis, it appears that the United Federation of Planets and the Romulan Empire will barter a peace. Of course the peace is never seen because The Next Generation movies were subpar and Paramount pulled the plug on continuing the lackluster films.  Then we roll into Abrams taking the reins and rebooting the franchise.  In Abrams first installment we come across the older Spock who, chronologically speaking, was last seen in The Next Generation.  Spock explains in the movies that he was chilling out with the Romulans.  He goes into the details about Romulus’ sun going Supernova and concocting a way to save the planet.  This is all consistent with The Next Generation established continuity.  Spock’s plan is unsuccessful and then somehow ends up sending the Romulan Nero (Eric Bana) back in time to when James T. Kirk (Chris Pine) is born.  Nero proceeds to wreak havoc on the timeline and gives JJ Abrams freedom to do whatever he wants with all future Star Trek movies.  That was how it became possible to destroy the planet Vulcan or place established characters that lived full lives in situations where they could die.  It’s a completely new timeline.  All other stories in Star Trek: The Original Series happened via older Spock’s perspective in the past, via young Spock’s perspective in an alternate reality.


I have heard complaints that much of Star Trek: Into Darkness was copied from other Star Trek movie installments.  This was clearly more deliberate that many are aware of.  Referring back to Star Trek (2009) Spock points out an odd coincidence that Kirk and Scotty happen upon one another.  He was postulating (without outright stating such because there was not enough evidence to support the hypothesis) that the timeline which was utterly destroyed by Nero was trying to correct itself.   This is why events seem to mirror prior adventures of the crew of the USS Enterprise.  The timeline is gradually trying to correct itself and fall in line with the already established events.  Abrams is clearly demonstrating the natural cycle of time and the application of the Course Correction theory.  Events are directed to certain instances or circumstances that must happen or cannot be avoided.

In closing, when watching the latest Star Trek films, treat them as their own stories that have no affiliation with previously established continuity because that continuity has been utterly destroyed.


Written by
Joseph Ammendolea
Owner/President
“I Like To Play With Toys” Productions®
ILikeToPlayWithToysProductions@Yahoo.com

At the height of the video game fad, Starcade, a game show focusing solely on the large amusement devices, dazzled arcade gaming enthusiasts with fun video game competition while showing off all the latest and greatest games.
Posted by “I Like To Play With Toys” Productions®. at 12:00 AM

A man asks his friends for help picking a cosplay for Eternal Con. 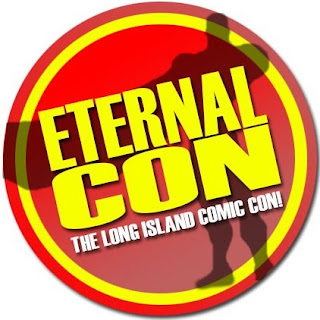