“I Like To Play With Toys” Productions® will be providing the video segues for St. Gregory’s Theater Group 35th anniversary celebration.  The vignettes will be presented in between live performances this weekend.  It will focus on the history of SGTG and funny moments that occurred throughout its 35 year run.

So please  join St. Gregory's Theatre Group - SGTG as we celebrate our 35th anniversary. Our winter show is a musical review of songs from many of our past shows. Come see some of your favorite performers from years past that have helped to make us famous!

The performances will be held in the Oak Room (the basement of St. Gregory the Great church) on Friday and Saturday, February 21st and 22nd, at 8:00pm and a Sunday matinee on February 23rd at 2:00pm.

Manhattan: Long Island Expressway or Grand Central Parkway East, to Cross Island Parkway south. Follow above directions.  From Brooklyn or Staten Island: Belt Parkway/Cross Island Parkway to Hillside Avenue(Exit 28A). Make a left at traffic light, cross over parkway, make another left at first traffic light. Go down service road to 88 Avenue and make a right. Church is on immediate left, parking is on the right.

For alternate route, use Jericho Turnpike (Route 25).
Posted by “I Like To Play With Toys” Productions®. at 1:49 AM

Kevin Smith is Terrible…In Our Opinion (Part 1 of 4)


The 13-year-old in me loves Mallrats (1995) and watches it with all my friends on Saturday evenings while hanging out my parent’s basement.  The 19-year-old cynic in me thinks Clerks (1994) is a clever and witty movie that seamlessly incorporates pop culture references with a well thought out script.  The human being in me realizes that’s where the positive accolades end.  Two mediocre films from the 1990s is the director Kevin Smith’s best contribution to the world.


Just about every film he’s made takes place in his crappy View Askewniverse (named after his production company View Askew Productions) like he’s the Stephen King of film making.  Smith often casts the same actors for multiple parts.  The main problem with this continual crossover system is that he constantly reused the same actors so by the time Jay and Silent Bob Strike Back (2001) is made it clearly shows the flaw of that universe because multiple people were playing the same actors the same exact way.


It’s not like Dick Van Dyke putting on a dress, it’s a dude changing his shirt.  There’s like 50 different people that all look exactly alike.  That’s a major plot hole when you decide to make a movie that ties the entire world together. It’s not silly and quirky to have a character play different people that have no discernible differences between their performances.  It’s just stupid and lazy, which is consistent with his directing style but still terrible.  Also, Stephen King is talented.


Jersey Girl (2004) is the one film that did not take place in Smith’s lame universe and was considered one of the worst films of 2004.  It also helped to tarnish Ben Affleck’s good name as a world-renowned actor.  So what does Smith do to rebound from this huge failure of a film? He makes Clerks II (2006).  This wasn’t because of some grand inspiration, because anyone who’s seen Clerks realizes there is no sequel required.  This was because he needed to make a film that was a quick moneymaker to ensure he’d continue to have work.  All the Clerks fans of the world knew the movie would be terrible but still rushed out to see it because it brought them back to their mid 90s nostalgia.  He then tosses out the lessons of the original Clerks which is to choose love not for looks but for personality and hooks the hero up with Rosario Dawson.  What a tool!


Is it Really Acting?

Being the writer, director, and producer for your films gives a person lots of responsibility in getting a film made while the actors get the majority of the spotlight.  It’s understandable that a person might wish to make a little cameo in such film as a small notation they were on the set every day.  Smith goes beyond that and gave himself the character that always saves the day.  He’s the wise hero in all his films, the guy that has the clever advice or odd action moment that rescues everybody.  Silent Bob is Smith’s ego in full force thinking he swoops in and fixes everything for everyone.  Delusions of grandeur is an understatement.


It wouldn’t be so awful if his pantomime was anything worth watching.  All he does is overly dramatic shrugs and facial tics.  The silent part is so forced, so telegraphed that it’s a hackneyed caricature of what any 12 year-old would commit to if performing in The Miracle Worker (1962).  His rigmarole performance is only enjoyable after you hear him read dialogue.  Then you’re wishing for him to go back to dumb faces and shrugs.


So what you’re left with is the most annoying comedy pair that no one ever asked for, Jay and Silent Bob.  Jay is loud and annoying.  Silent Bob is quiet and annoying.  After 5 minutes of this wannabe modern day Laurel & Hardy, I want hang myself with my own intestines. 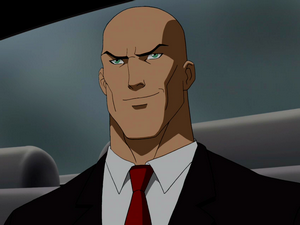 Bryan Cranston’s recently been cast to play Superman’s arch enemy Lex Luthor in the upcoming Batman/Superman film.  I’ve decided to take this opportunity to define who Lex Luthor is and how wrong everyone else is about their thoughts on the character.  That’s right, I’m always right, and you’re always wrong. 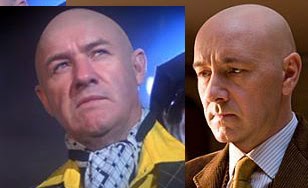 Pre-Crisis Lex Luthor is an evil mad scientist devoted to destroying Superman because he’s evil.  This version of Lex was portrayed by Gene Hackman in the Christopher Reeves’ Superman.  What the audience got was Gene Hackman doing his typical bad-guy persona with the name of Lex Luthor.  It was amusing and silly but not really scary.  Kevin Spacey used this same acting choice in the Superman Returns reboot of the series.  What Spacey portrayed was his bad guy/angry guy persona of a dude who’s named Lex Luthor.

Cranston gained tons of acting cred after his phenomenal stint in Breaking Bad.  He went from family man to bad man in 5 seasons.  He also shaved his head.  That’s what really got Cranston the part.  He played a bad guy who shaved his head.  If Cranston played a bad man with a full head of hair he would have been the next villain in Mission Impossible. I’m not saying Cranston can’t pull off the character of Lex but there is a very good chance he’ll follow his movie predecessors and just be Bryan Cranston as Evil Walter White as Lex Luthor.  Can Cranston understand the differences between evil genius and bad guy?  Does he understand who Pre-Crisis Superman is versus Post Crisis Superman thus Pre-Crisis Luthor versus Post Crisis Luthor.

The small screen was more influenced by Post Crisis Superman.  Specifically the John Byrne Man of Steel revamp of the character (more specifically Marv Wolman came up with the Lex corporate angle).  In this version Superman is an evil corporate tycoon, a formidable villain in the 1980s.  This corporate villain was memorably performed by John Shea in Lois and Clark: The New Adventures of Superman.  He set the bar for how an evil corporate executive could go toe to toe with the Man of Steel.  He didn’t even have to shave his head to do it. 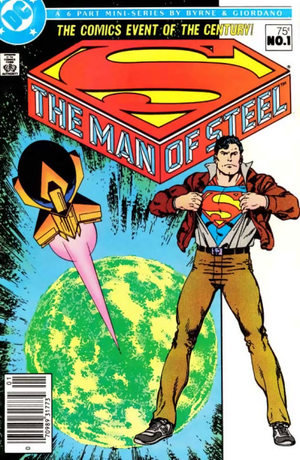 Clancy Brown perfected the corporate tycoon in Superman: The Animated series.  Even when Luthor spun off into more evil genius Super Villainy in Justice League and Justice League Unlimited he still retained his corporate roots.  In fact he was still running LexCorp when the Justice League took him down.  Brown played the super evil genius consistently and business minded throughout his run as the character.  In the last episode of JLU the character even makes a statement he needed to change into his power suit which was just one of the suits he always wore.  Not some big mechanical gizmo or some weird spandex number.  Luthor’s power suit was what he wore to the office to crush men in the boardroom.  Luthor’s power came from buying, selling, and controlling people.  Luthor hates Superman because he cannot buy, sell, and thus ultimately control Superman. 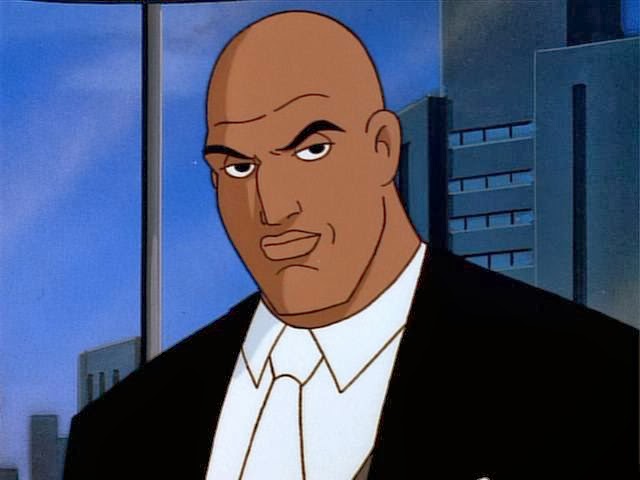 Michael Rosenbaum played a young Lex Luthor for 7 seasons in Smallville.  The audience witnesses the transformation of a nice young man into an evil sociopath.  Rosenbaum sites John Shea as his main inspiration for his take on the character.  In spite of the shows script/story failings Rosenbaum played the character to utter perfection.  The last episode cameo by Lex, where his memory was completely erased, was a disservice to 7 years of some stellar character development.  Thus all the experiences Lex endured were for nothing.  His destiny to become evil was not because of his experiences in Smallville.  It was 7 years of wasted characterization.  Throughout the show Luthor’s obsession for control dominates his choices.  This need for control corrodes his soul until there is nothing left but evil. 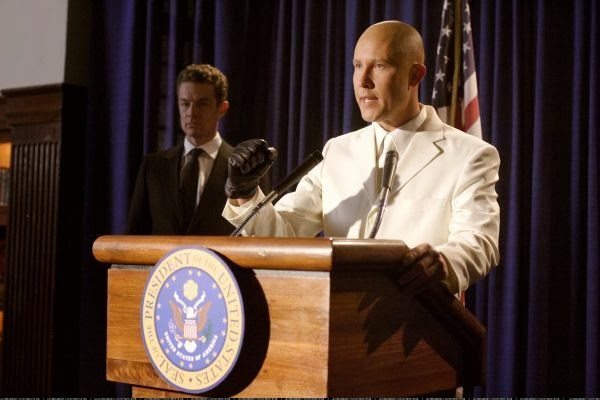 Control and power are Lex’s motivation.  He fights Superman for control of mankind.  Luthor’s perspective is that Superman is dangerous because he cannot be controlled.  Even Luthor must appear to adhere to society’s laws. Superman is so powerful that he could do what he wants without consequences.  That is a man that must be kept in check.  Therefore Lex sets out to keep Superman honest by being his parallel.  It’s the only way he can control Superman and ensure the world isn’t enslaved. Luthor is the hero, he’s the one willing to make the ultimate sacrifice to his life, reputation and social status to ensure people never follow Superman blindly.  If Cranston understands his character’s motivation, he’ll do well.  If he phones in something similar to John Travolta’s performance in The Punisher he’s fail. 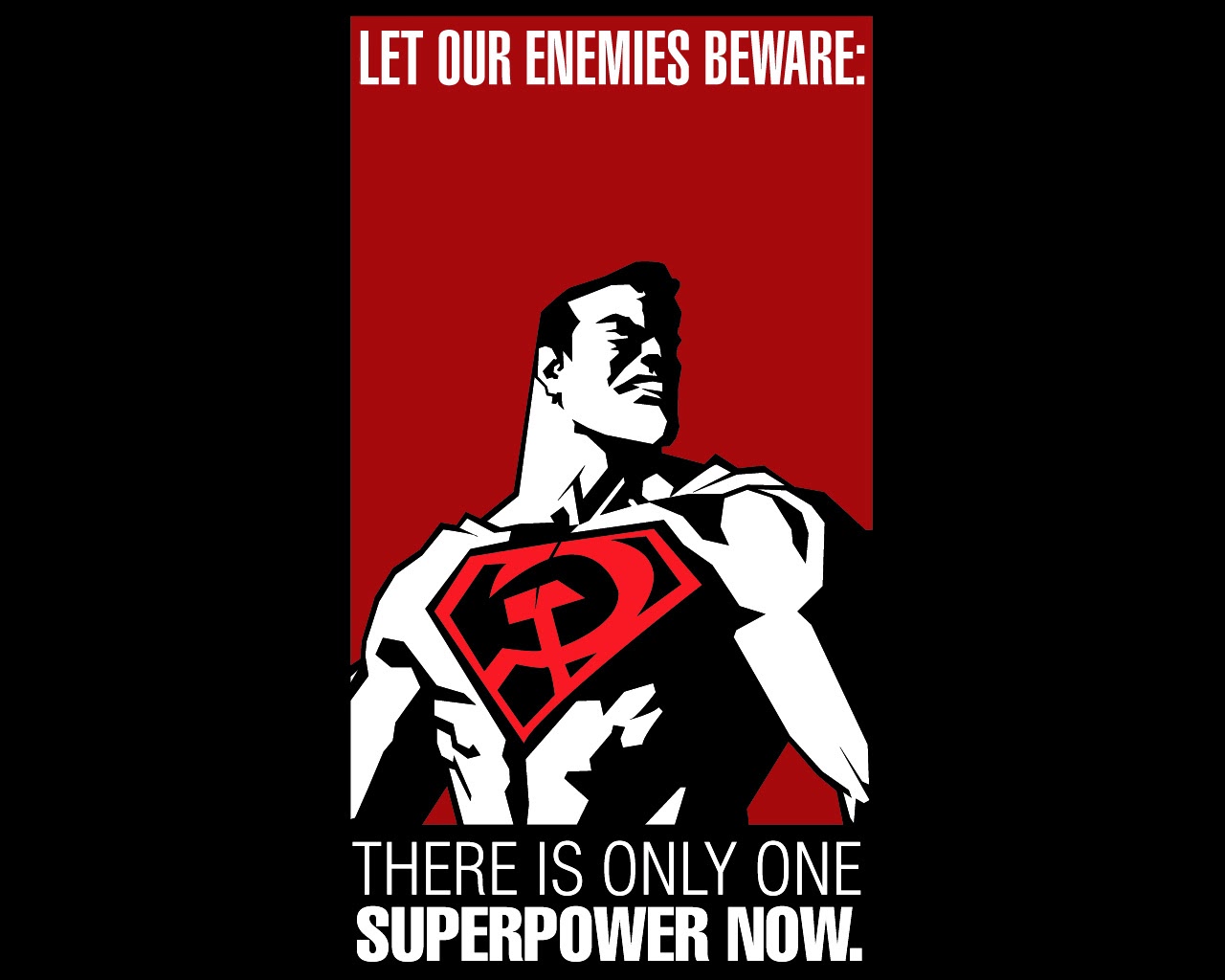 Since this article was written it was announced that Jessie Eisenberg has been cast to play Lex Luthor.  Just replace everything I said about Bryan Cranston with Eisenberg and Mark Zuckerberg. 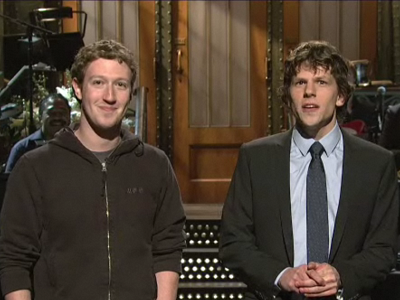