Anyway you want it from Dave about video games.
Posted by “I Like To Play With Toys” Productions®. at 12:00 AM 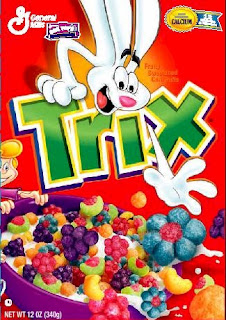 On the early morning of 10/21/2016 little Joe Scarola killed his bunny rabbit by feeding it Trix cereal.  Authorities released a statement stating the boy was watching vintage 80s commercials on YouTube when he saw repeated ads about a cartoon rabbit trying to get some cereal without success.  He felt it was a great injustice to society and proceeded to force feed his bunny until it fell into a diabetic coma and died.

Scarola a Florida native now residing in Bellmore, NY didn’t seem to understand the nuances between animal food and people food.  What’s really baffling investigators is how he couldn’t tell the difference between a cartoon rabbit and real one.

No charges are being filed at this time.  We reached out to executives at General Mills the makers of Trix cereal regarding the toxicity of their cereal to bunny rabbits.  Their response to the incident was “Silly rabbit Trix are for kids.”

Prom - A Review On Reality 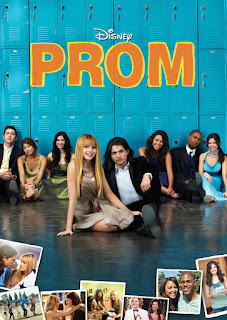 Prom had this annoying girl in it that was the star who was a goodie goodie that kept talking about how it's such an important thing in your life (when we all know it's not). She would not shut up about it. Every time she cried/almost cried I laughed and applauded. Of course she falls for the bad boy leather jacket with the shady past who has some punishment which causes them to have to work together.


It was also a bit racist, the only real villain in the movie is the all star black athlete who is cheating on his black g/f with a sophomore white girl. They both leave him in the end so when he's voted king of the prom no one wants to dance with him. They could have humanized him a bit and shown that he was just a 17 yr old dude but they didn't because that's Disney!


The sophomore girl likes the athlete and another dude her own age and at first chooses the glitter and glam of prom night and than realizes she should be with the boy who she shares similar rock band music interest with.


There is the girl who has her whole life planned with her b/f until she gets accepted to Parson fashion college in NY and won't being going to college with him.


We can't forget the Ray Romano/Napoleon Dynamite hybrid who keeps asking every girl he sees to prom with comedic results and then ends up taking his sister, only to find the quirky funny girl he was looking for at the dance.

It was better than Love Actually.

Written by
Steven Rogers
Writer
“I Like To Play With Toys” Productions®
ILikeToPlayWithToysProductions@Yahoo.com

I’m not talking about the California home of technology. I’m talking about the HBO sitcom Silicon Valley, It’s currently the Best Show on TV.  Why, you ask? Well for starters it’s hilarious.  Not Bob Saget America’s Funniest Home Videos hilarious, it’s sophisticatedly hilarious.  It’s a genuinely smart show that explores how corporations work.  If a person doesn’t understand how a board of directors works or the difference between a founder and a CEO, Silicon Valley explains it.  It doesn’t talk down or spend hours of exposition telling you how it works.  It just shows the audience in a cleverly written way.  Beyond that it’s smart, like the time they mathematically figured out how long it would take to jerkoff every dude in a room, or the moral debate on whether they should explain to a douchebag that his math is wrong for a death defying stunt.

Beyond learning about how corporations function or more accurately malfunction, also going beyond their smart use of math, it’s inspirational.  It’s impossible not to be inspired the time our characters built their own servers because they were being boxed out of the market due to a lawsuit, the time they were experiencing heavy web traffic and needed retired coder and resident asshole Erlich Bachman to break out his wrist brace and pitch in.  Each failure on the show makes each success they achieve all the greater.  So if you’re looking for a hilarious show that teaches you why corporations cannot change the world but make money and also have some awesome math jokes in there, watch Silicon Valley.