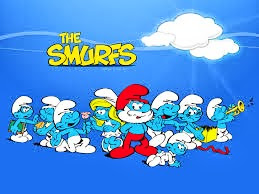 What species are the Smurfs? There are three main theories that exist. They are either mammal, insect, or reptile. 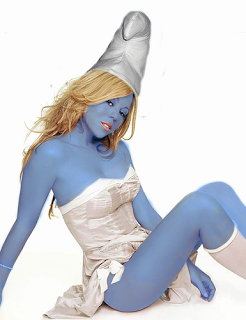 Physically Smurf’s have the ability to grow hair, are bipedal, have opposable thumbs, and possess a sophisticated language system. They constructed a complex society complete with Smurf made infrastructure which demonstrates a high intelligence. These features indicate they could be a subset of the homosapien variety. It is unclear how new Smurfs are born because they are delivered to their elder Papa Smurf via stork.

While they have easily identifiable male and female genders, the quandary is that the only known female Smurfs were created by their arch nemesis Gargamel and not through traditional Smurf means. Perhaps it is a cultural sect that causes the females and males to live separately. For the Smurfs to be mammals it is theorized that there is an all female Smurf village located somewhere else in the world and reproduction takes place during unknown cultural rituals. The female Smurfs created by Gargamel may not be accepted into the female tribe because of their origins or the all male Smurf populous might be breaking societal rules and not choose to release the female tribe. 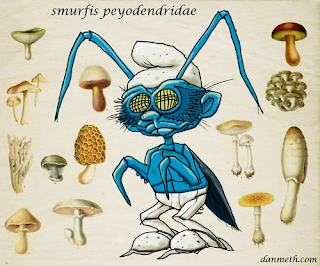 The lack of female Smurfs is the main cause of strife as to classifying the Smurf species. Since there is only one female one can assume that they are insects complete with a Queen called Smurfette and a Drone called Papa Smurf. All other Smurfs are asexual worker drones that maintain the colony. Due to the complex patriarch societal structure the male drone has more dominance in the society than the Queen. Thus Papa Smurf can more be classified as a King. The Queen Smurfette lays hundreds of eggs in a far off spot. Papa Smurf travels to that location at a separate time and fertilizes the eggs and leaves. When the eggs hatch a stork brings the recently hatched Smurf back to the village where he is raised by the King and the female has no genuine interaction with the newborn. The insect theory also correlates to the fact that all the Smurfs with the exception or Papa Smurf and Grandpa Smurf are relatively the same age. 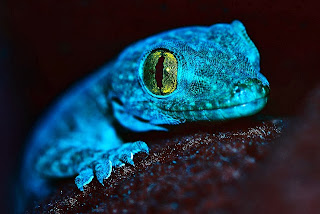 There is a belief the Smurf’s are reptiles. This theory stems from their blue scaly looking skin. It is also possible for one Smurf to lay the egg in a neutral location much like turtles and another to fertilize it. The hatchling is then delivered via stork to Papa Smurf. It’s his responsibility to care for the newborn from that point on.