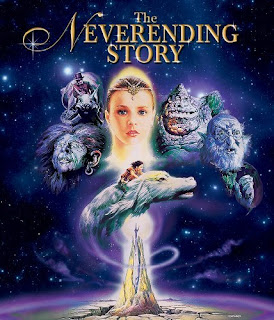 Producers of The Never Ending Story brought up on charges of fraud.
Bernd Eichinger and Dieter Giessler the Producers of the 1984 snooze-fest The Never Ending Story were arrested and indicted on charges of fraud by Interpol for the alleged false advertisement of their film.  The main issue being, that that the story ended even though the title clearly states it never ends.

Jerry Gallo, attorney for the defendants maintain his clients’ innocence stating their subsequent sequels The Never Ending Story II: The Next Chapter, and The Never Ending Story III: Escape From Fantasia continue the story of Bastian and his Tonto like sidekick Atreyu.  The prosecution, unaware that sequels existed, immediately responded by adding additional counts to the charges. 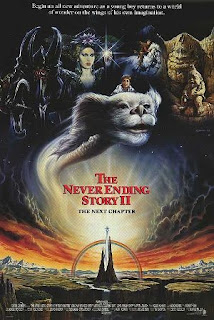 Fan outcry regarding the charges has been mixed.  Steven Bari son of Ray, owner of Ray Bari pizza in New York City who was a child when he saw the film has stated “I agree with the prosecution.  I remember seeing the film as a child with the hopes of never having to go to bed early or attend school again, only to see credits roll after 2 hours.” 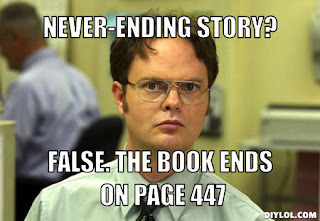 Meanwhile Jeff Scarola, a used car salesperson from Long Island took his son Jeff Jr. to the theater to see the film multiple times and does not agree with the prosecutions charges.  “False advertisement isn’t the issue.  These people should be brought up on charges of torture.  I was forced to sit through one of the worst movies ever on multiple occasions because my son was a huge fan.  As far as I am concerned the film delivered as promised.  The film’s pacing was so slow that it felt like it would never end.  Don’t get me started on the shitty special effects.  I know it was the 80s but in a post Star Wars world there’s no excuse.”  Scarola goes on to elaborate.  “I believe the 6 theater visits and countless VHS viewings are the reason my son came out as weird as he did.”

When the prosecution was asked why they waited over 30 years to pursue charges against the producers they replied “we were only notified of the issue last week. But we plan on opening a special investigative unit to review all films with misleading titles and thus ensure they are held accountable for their names.  We’ve heard rumors that a Bronx Tale does have any tales in it and The Hurt Locker has no lockers giving or receiving pain.”