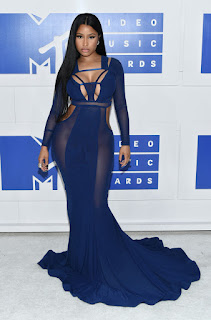 Nicki Minaj! Nicki is perfection in this impeccably tailored navy number. The body is everything and the hair is sleek and doesn't take away from the dress. I love the mermaid aspect, it's both edgy and dramatic in the best way possible! 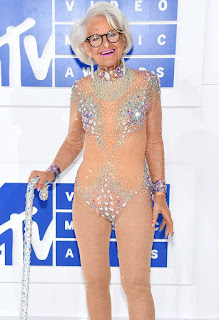 Baddie Winkle, you slay Baddie! I don't even care that it's a bit nuts. I hope to be as cool AF at that age! 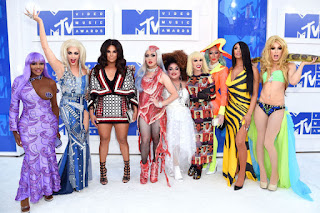 Miss Phi Phi O'Hara couldn't have gotten GaGa's meat lewk more perfect than if she were wearing the actual dress (which, fun fact has been jerkied to preserve it). 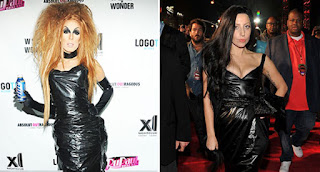 Miss Alaska, I'm a slave for your lewk and that body but girl get a better wig. 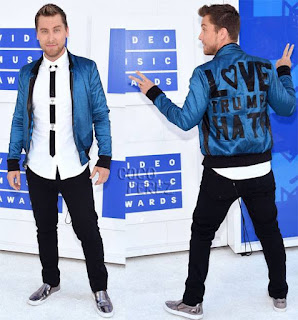 Lance Bass, not the most stylish look but kudos for the political message! 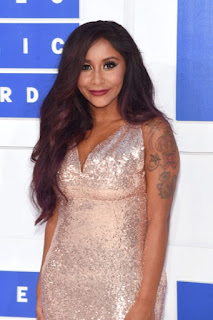 Snooki, you are classic Hollywood at its best, maybe not right for the edgy VMA carpet but still gorgeous. 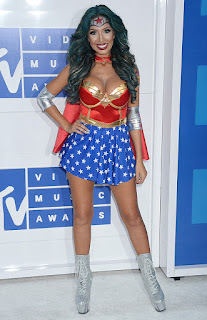 Farrah Abraham. Girl, are you confused? Did you think you were off to the AVN awards or Comic Con? If this were Halloween or you were indeed attending Comic Con I'd say you nailed it but this is the VMA's not the costume contest at Delta Pi Nu. We've seen costumes on this carpet before but those were original concepts and had depth and intrigue. Do us all a favor and go back to Party City where this "look" belongs and while you're at it fire your stylist. 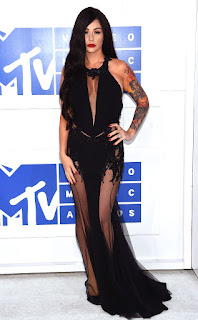 Jenny "JWoww" Farley. I think the dress and that bod is gorgeous but between the white foundation, the red lip, the tattoo sleeve and the hair it looks like Morticia Addams and Kat Von Dee had an accidental love child. 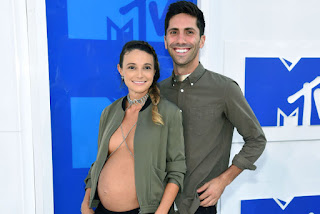 Laura Perlongo, I think pregnancy is a beautiful thing, without it none of us would be here. Having that said, I just don't get this. It's August in NYC and I'm sure you want to be as comfortable as possible but this look is all wrong. It's intended shock value is more unnecessary than shocking. 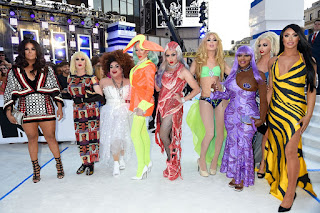 Miss CoCo Montrese, girl why is it your face never matches the rest of you? I understand that the cosmetic industry doesn't cater to WoC but girl you've been doing drag almost as long as I've been alive, figure that shit out. I applaud the attempt at the OG Queen B lewk but the breast plate makes it look like you have a conjoined doll arm. Plus, the original look may have been scandalous and barely there but at least it didn't look cheap.

Miss Detox, fab hat and that's about it.

Miss Roxxxie mid thigh length is not flattering on you, either go shorter or longer and be the self proclaimed thick and juicy girl that you are. This just makes you look out of proportion.

Last, but certainly not least, Bey. Girl, I love the color, I love some plumage and I love a nude illusion especially covered in crystals BUT I really think you could have done without the collar piece. It is literally swallowing you like Audrey 2 in Little Shop of Horrors. If this was worn to the Met Gala I think it would be received better, wrong dress for the wrong carpet.