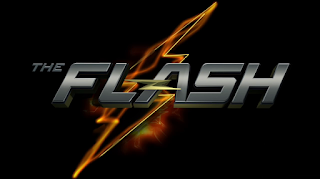 My brother Frank recently became a fan of the CW series The Flash.  Every time he mentioned the show I made a point to mention how Arrow was an equally awesome show and he should check it out.  He eventually got around to watching Arrow and provided me this very accurate summary.

Some things I’ve picked up from watching Arrow.

         Laurel Lance needs to stop answering her door.  It never works out well for her.  And she should probably move from that apartment.

         The Starling City Police are the equivalent of Stormtroopers.  They can’t hit anything but are usually good at stopping bullets.

         Everyone always searches the club, but only searched the basement one time.  Again, very bad policing.

         Oliver and Tommy went to school with Laurel.  They were both the sons of billionaires; she was the daughter of a cop.  How’d that happen???

         Everyone has face-to-face conversations with Arrow every episode yet no one ever recognizes him.  They’re all thrown by his Star Wars voice changer and Robin mask.  LOL

         Whenever Oliver Queen goes on a date or to handle some issue with his dysfunctional family.  He always ends up sending Roy Harper – a guy with very little training and serious anger management issues – to go follow some dangerous person and report back to him later.  “I’m going to talk to Thea about what’s bothering her.  Roy, you go track down this member of the League of Assassins and find out what she’s doing in Starling City.  Catch you later!”

Great show, though.  Finished Season 2 and am now into Season 3.  Season 2 was incredible – one of the best seasons of any show I’ve ever watched.