The Real Reason the for the Fall of the Galactic Empire. 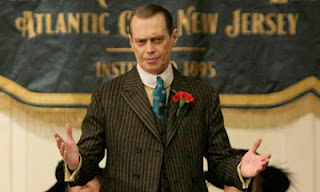 Mark Goldstein creator of geekandyoushallfind.com and I were discussing the finer points of the current 2012 US presidential election. Mark stated he would prefer to endorse Palpatine/Vader for 2012. I informed him that Vader would probably want to repeal the 21st amendment. 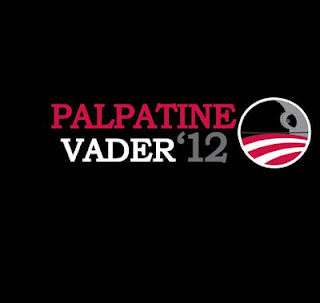 For those of you that don’t know, the 21st amendment repelled the 18th amendment which was prohibition. I was of course thinking of the 22nd amendment which set term limits for the presidency.


Rather than admitting I was a total moron that didn’t know the constitution I threw down a gauntlet of historically geeky proportions. I began to insist that Darth Vader would be against the purchasing and selling of alcohol. Mark stated Vader would be all about getting his subjects intoxicated in an effort to better oppress them. We debated for several days and then realized an article should be written discussing the finer points of this topic. In an effort to show blog superiority I have decided rush my blog into publication first and thus thrust geekandyoushallfind.com’s article into the poor imitation category.

In Star Wars Episode II Attack of the Clones Obi-Wan Kenobi was offered the option of buying death sticks at a local hot spot on the planet of Coruscant. Given the colorful name and the cloak and dagger approach from the Death Sticks supplier the viewer is left to assume that he is propositioning Obi-Wan for expensive loving or some type of narcotic. The ever wise Obi-Wan uses his Jedi Mind Trick to convince the poor narcotics dealer to stop peddling the Star Wars equivalent of E and go home and think about the direction his life is headed. Obi-Wan seemed pretty confident that this drug dealer had no future in Death Stick sales. Obi-Wan is so confident this dude's career choice is wrong. He manipulates this dude’s life ambition of becoming a drug lord into getting a minimum wage job and the Star Wars equivalent of Chic-Fil-A.

As we all know Obi-Wan trained Darth Vader in the Jedi arts before he turned to the Dark Side of the force. The strict view on Death Sticks can at least apply to a dislike for all types of inebriating substances. Therefore Darth Vader was raised to be personally against alcohol. These ideals grew into adulthood. Even when Vader was all hardcore evil, he was still trying to enact his childhood ideals, just in a more ruthless manner.

Let’s look at Darth Vader running the Empire with Emperor Palpatine. Emperor Palpatine knows that Darth Vader is planning to take out the Emperor and rule the galaxy himself. As referenced in Star Wars Episode III: Revenge of the Sith and Star Wars Episode V: The Empire Strikes Back when Vader plotted several times to take out the Emperor. Palpatine needs something to keep Vader busy. Palpatine already had his apprentice hunt down and kill all the remaining Jedi. What’s left? The best way to keep Darth Vader busy is to give him a task that will be all time consuming and a cause he believes in. Thus the 18th amendment is passed. Alcohol is illegal.


History shows that a black market will crop up to compensate for such an oppressive law. Palpatine decided to have his best and brightest put this new black market in its place. Thus Darth Vader becomes one of the biggest prohibitionists in the galaxy. With an iron fist and goes from system to system crushing the degenerates that buy, sell, and consume alcohol.

The reason the rebellion against the Empire was so organized was because no one had the chance to get wasted. Notice how the Ewok celebration at the end of Star Wars Episode VI: Return of the Jedi had plenty of dancing but few drinks. Jabba the Hut’s failed public execution of Han Solo and Luke Skywalker had plenty of drinks but Jabba was a known gangster who found ways around little things like the law. He was a gangster who placed a bounty of Han Solo for dropping his illegal cargo (probably liquor) before being boarded by an Imperial Cruiser. What other cargo would someone smuggle to different systems? It wasn't Tickle Me Elmos.  The deflector shield on Endor wasn’t still on when the rebellion fleet arrived because Han and Chewy were hung over from partying with the Ewoks the night before. It was still on due to the efficiency of sobriety from a very sober Darth Vader regiment of Storm Troopers.


The Emperor’s fear of a Vader uprising caused him to create a policy that gave the illusion of power as well as the application of distraction. The distraction kept everyone sober enough to realize the regime sucked and also kept the men in charge from truly focusing on the rebellion until it was much too late. While being drug and alcohol free definitely is better for society it should not be at the cost of people’s liberty to make that decision themselves. One last item to note regarding prohibition in the Galactic Empire is directly connected to Lando Calrissian. Billy Dee Williams did not start endorsing Colt 45 until after Return of the Jedi, thus solidifying that prohibition ended with the fall of the Galactic Empire. 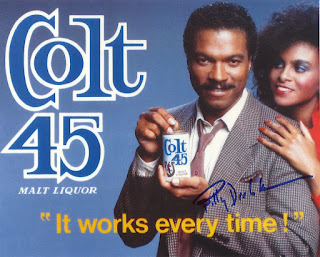