Most Underrated Bassist on Long Island


Here is a list of the most underrated bassist on Long Island.  The ranking is from Great to Greatest.

This quirky lyricist is seldom recognized for his groove and funk bass skills during his tenure in the band Idiot Squad. Having co-wrote such classics as Let’s Hide from the Mailman and Frankie was a Young Republican he helped propel Idiot Squad into mediocrity.  Rerecich left the music business to focus on developing a better way to milk squirrels. His impact on the Long Island bar scene however subtle will always remain.

This Queens native and Holy Cross graduate was the one and only bassist in Mr. Seraphim’s unnamed Holy Cross band which played one show after some conduct speech that Mr. G gave to all the students.  Even though he’s retired from the music business that doesn’t mean he never left a mark in the music circle.  Lobello was the inventor of the bass pick.  Nowadays, Lobello is Kevin Sorbo’s stunt double.

He’s as awesome as awesome comes when it comes to bass playing.  Cody’s bass playing is so awesome that he has never even played in a band.  With all the hype surrounding Cody, he had some big headliners vying for him to tour with them.  Bands like The Spin Doctors, Gin Blossoms, and IntraVenus.  Cody surprised everyone when he declined all top offers in an unsuccessful bid to replace Ginger Spice in the Spice Girls.  He currently sells second hand Urkel Dolls in Sarasota, FL. 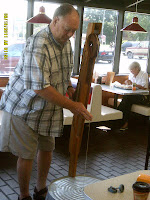 This wicked bass player stemmed from Nassau Community College’s Science of Sound and Music Homemade Instrument Band. Starr’s popularity did not last long.   He shined bright as the only man to ever make a 4 string washtub bass.  His fall from grace came when he sold said bass to a 60 year old man for some crack and then killed another man after losing in a heated game of Uno. He’s presently the Secretary of Education.

Ardezzone’s claim to fame stems all the way back to the early days of IntraVenus.  His bass solos were unending and unmatched.  He carried the band for years not just musically but also lyrically and culinarily. Ardezzone’s expertise with an easy bake oven are unparalleled by any other adult male on Long Island.

Bassist and lead singer for Ocean Blanket, Bryant consistently shocked the crowd with deafening vocal gutturals and slap happy bass chords. His tenure as rhythm may have been short lived but was not forgotten. Bryant has recently won a UFC lightweight championship under the name Professor MoonDreamer. 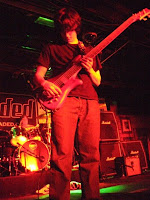 At just 16 years old Kevin Fleischman was the bass prodigy replacing long time IntraVenus bassist Anthony Ardezzone.  Fleischman quickly gained notoriety as a premier talent.  His post IV career landed him in the skater punk band Tony Hawk.  Unfortunately no one in the band could actually skateboard and thus failed to win the favor of Avril Lavigne making them a laughing stock in the tween music scene. Fleischman and Tony Hawk are still going strong though and have currently signed a contract with United Artists Records. 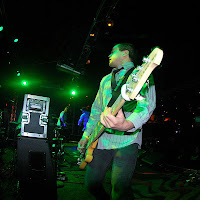 We’re positive in our logic that Joe “Joeybass” Sagarese never got his due.  The former PositiveLogic bassist would tune his bass strings by using them to strangle terrorist for the C.I.A.  If that wasn’t enough for his rip roaring deep bass punk sound, he also lit his farts on fire before every show to ensure he would not suffer from any rectal itch during a performance.  While Joeybass is still in the music game he’s hopelessly resorted to performing on the corner of Sesame Street, dropping bass lines for tips.  On the bright side Count von Count is managing his money.

The shortest, angriest, and one of the most talented bassist on the list, Jarowowski made being mainstream look anti-corporate.  During his tenure as bassist/writer/back-up vocals for Breakin’ Hundred his stage fame came from the hour long rants against “the establishment” while at the same time promoting conservative family values. Jaworowski is the only bassist to ever telekinetically levitate his own body while doing a bass solo. His small stature might have helped assist in said achievement. 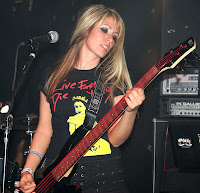 Don’t be fooled by the fact that she’s the only lady on the list. As the bassist for Blue Movie, she’s as bad as bad comes.  Viteritti spends her free time clubbing baby seals and eating their meat raw. Other claims to fame are coining the phrase “off the record” and being Nico Viteritti’s sister.  Her future plans for the band are to write a song that promotes peace, love and kicking ass.