Not Every Rose Smells as Sweet 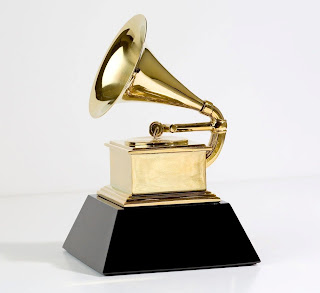 Sunday marked the 55th Annual Grammy Awards in Los Angeles. Even though the intent of “Music’s Biggest Night” is to honor and recognize the efforts of talented individuals it more or less, like any other awards ceremony, usually comes down to the fashion. This year was no exception. The Grammy’s, in particular, is known for envelope pushing get-ups and controversy. (We ALL remember the infamous green Versace dress donned by Jenny from the Block back in 2000). This is especially apparent in the highly publicized dress code letter sent out before the big event. The “leaked” memo included restrictions on “bare fleshy under curves of the buttocks” and “bare sides or under curvature of the breasts”, this according to The Huffington Post. Was this memo leaked on purpose? Following last year’s sudden drug induced passing of the legendary Whitney Houston (which sent ratings through the roof) was this “leaked memo” a ploy to capture the overwhelming ratings from the previous year? Who knows and frankly who cares? The stars didn’t, that’s for sure!


Take J.Ho (I mean J. Lo) for instance. That green Versace dress mentioned earlier is rumored to be a reason for the memo. So, instead of dressing a little more demure (especially at her age, sexy or not) to avoid controversy, that bitch ended up diving right in! Her barely there black Anthony Vaccarello frock was very reminiscent of another leg barring black dress worn by Angelina Jolie to last year’s Oscar Ceremony. Not only did she purposely piss off the Grammy people (which she played stupid about in interviews) she played her own version of Bitch Stole My Look!...and lost!

Jennifer Lopez was not the only female busting Grammy Nuts that evening. Katy Perry, not a stranger to wearing controversial ensembles, was not about to make an exception. Perry’s mint green Gucci gown and big hair was intended to channel a young Priscilla Presley, which no one gave a shit about. Instead everyone (including myself) was instantly mesmerized by Katy’s Golden Globes. In all seriousness how could The Grammy people tell her to cover those things up??? Judging by past costumes and red carpet looks those chesticles have a mind of their own! I say, if you got them, stuff them into a plunging neckline and have at it!

﻿﻿
﻿ Where there’s a few hoes there’s gotta be a garden, right? Dressed in a head to toe floral number by Valentino, the British songstress Adele could have doubled as the scenery for a Wizard of Oz remake (the poppy fields comes to mind). While some applauded Adele for stepping out of her “basic black” motif the floral pattern was the wrong way to go! Shame on her stylist for sending her out in that dress. As if it could get worse she even wore matching floral shoes! The matronly hair, the hideous print and the matchy matchy shoes were a huge miss (emphasis on HUUUGE!)