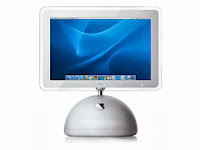 Two years had gone by without a single video being produced by "I Like To Play With Toys" Productions®.  The reason being was that Joseph did not have access to equipment required to make the quality videos he had grown accustomed to.  He focused on other creative endeavors.  In 2002 Joseph joined the band IntraVenus which was undergoing several shifts in members.  He also spent more time volunteering at the local theater group.  It wasn’t that he abandoned the production company; he just didn’t have the gear or outlet to work on video projects.  Joseph took a few film classes in college but they did not provide the same artistic freedom that he was allotted in high school.

While collaborating with fellow IntraVenus band mate Matthew Swiatocha, he urged Joseph to look into getting a computer that allowed for decent video editing.  Joseph’s research escorted him to the latest iMac which came standard with iMovie.  iMovie is perceived as a simple editing tool but it was just what Joseph needed to create the videos he wanted.

After attaining his new equipment Joseph proceeded to make a test video to get accustomed to the software.  The video consisted of a mash-up of old videos that he kept in stock.  He dubbed them to the song One Step Away by The Chase Theory.  The finished product wasn’t a classic like prior work but it did mean that “I Like To Play With Toys” Productions® was back and ready to start churning out hits once again.  One Step Away was followed with reedits of the high school works that were so popular.  “I Like To Play With Toys” Productions® still had yet to create new material.

Is She Really Going Out With Him

When someone recounts their greatest success they customarily claim to know it would somehow become monumental. There isn’t a soul who participated in the music video Is She Really Going Out With Him by Joe Jackson that would have ever predicted it going viral.  In everyone’s defense it was 2003 and YouTube had not been developed.


The video stemmed from Joseph and his friends gathered together one evening with nothing to do.  He decided to make a quick video to have some new content for editing.  The video concept was as simple as the song, a boy was singing about his ex-girlfriend being with another guy.  Joseph would have preferred to shoot many of the scenes indoors but didn’t have time for proper preproduction.  The “storyline shots” were taped at St Gregory the Great School and much like Photograph he filmed off of his memory.  They featured Mike Cody as the lead character, Liz Hausdorf on guitar, Anthony Ardezzone as the new boyfriend, and Bernadette Kahir as the girlfriend. The filming went quick but was coming up short in the editing room.  Thus additional band shots were filmed a few weeks later with the Renda Sisters helping out.  Mike became the lead singer in front of an all girl band.  Donna was on tambourine, Diana on drums, and Liz remained on guitar.  It was performed as silly as it was written.  Shooting wrapped, Joseph cut the video together and it was all but forgotten.


In wasn’t until 2006 when Joseph rediscovered the video and decided to post in on the “I Like To Play With Toys” Productions® YouTube channel.  It was shared with a few friends on MySpace and forgotten about.  From there the video took on a life of its own and slowly began to grow in viewership.  The Joe Jackson fans really appreciated the videos silliness, they understood the humor and fun surrounding the video.  The video grew to over 350,000 views but sadly in 2009 Warner Music Group (WMG) and YouTube had a disagreement about music rights and pulled the ability to utilize WMG music on the website, thus the video was muted.  Even after being muted it still continued to garner views and has climbed to over 500,000 hits.  “I Like To Play With Toys” Productions® does not consider the additional views after the video was muted as part of the videos virility.

Trying to ascertain why the video was so successful has been a conundrum for the production company.  It has failed to achieve the same level of viral success with other videos.  This is in spite of more coherent works which had more time and better production value invested into the projects.  The only explanation from the peculiar incident is that a website that has The History of Dance as its most viewed video must be primarily used by people who are fans of the post Bob Sagat version of America’ Funniest Home Videos. 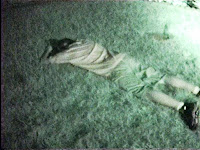 Senses is a lesser known video but was groundbreaking for “I Like To Play With Toys” Productions®.  It marked the first time a video produced by the company was written, directed, and edited by someone other than Joseph. The story stemmed from an idea Matthew Swiatocha had.  He wanted to create a video and compose an original score around the compilation.  The concept was a man who wakes up outdoors and is confused about what occurred.  He gradually discovers he has heightened senses that eventually drive him to the brink of insanity and passes out, thus experiencing a continuous cycle or confusion and torment.  Matthew developed the entire concept from beginning to end and Joseph was the lead actor.

Matthew Swiatocha was a super genius with degrees from the Ivy League schools Providence and Columbia.  Prior to teaming up with Joseph, his main strength was science.  Matt had invented a robotic arm while attaining degrees in both physics and engineering.  Coupled with his scientific mind was a true artist, Matt became a guitarist for the band IntraVenus and ushered the band into its most creatively successful period.  He was truly a gifted talent in both the hard sciences and the arts.  He challenged “I Like To Play With Toys” Productions® to push beyond its typical functions into more fluid and creative enterprises.  Matthew was never happy with just getting it done; he was a perfectionist and held the team to higher standards.


The shoot was one of the smoothest ever for the company.  Matthew was a well organized director and had a well thought out story before shooting began.  The only problem that really occurred wasn’t discovered until after filming had wrapped.  Joseph was diagnosed with mononucleosis a few days later, which delayed editing of the video.   After Joseph recovered from his illness Matthew arrived and began to edit his video.  He spliced the takes together in under an hour and recorded the work onto a tape.  Matthew planned to record the musical arrangement based on the tape and would return to add the composition at a later date.  About a year went by and Matthew had not returned with his musical score.  It was unclear when he would return and the incomplete project was taking up needed computer space.  Joseph shuffled through his music library and played the song over different tracks that ran the same length of the video.  He decided on Say It Ain’t So by Weezer, the song’s melody matched the pace of the video.  The video was burned to DVD and tagged as completed.  It is unknown if Matthew ever completed the original score or if he is still trying to perfect it. 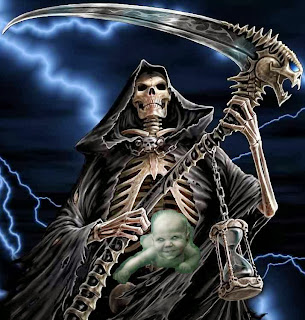 In much of the same vein as Senses, Pregnant Death was written and directed by Matt Leabo.  The video stemmed from an art project Matt was required to complete while attending the School of Visual Arts.  It needed to be loaded with symbolism, Matt proceeded to take the challenge head on and incorporate as much nonsensical imagery that he could conjure in order to demonstrate the ridiculously over analyzed artistic feats that people create.  The story was about an elderly woman who gets a visit from Death and during the visit Death goes into labor and has a baby.  Matt Leabo recruited Swiatocha to play Death and his grandmother as the elderly woman.  Joseph was called in to be the cinematographer.  Joseph brought Alison Glaser with him during the shoot as a spectator and she eventually ended up working on the project as a production assistant.  The shoot went smoothly enough and when completed Matt made a tape to tape edit of the video because he was under a project deadline.  Joseph took the footage and created his own version of the video and added the song Superstition by Stevie Wonder to give it a light hearted feel.  Leabo’s version was composed by Matthew Swiatocha and was an eerie, ominous, frightful video.  Sadly not many people got to see Leabo’s director’s cut which is believed to be lost. 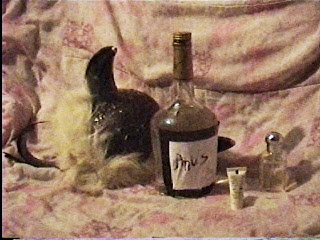 The first scripted talkie by “I Like To Play With Toys” Productions® was a mock cologne commercial.  One evening Matthew Swiatocha and Matt Leabo pitched Joseph an idea to create a parody fragrance commercial that pokes fun at the continually pointless cologne commercials that are generated every year.  Leabo was the typical male model while Joseph played the elusive fashion designer Victor Von Vice, Swi would handle the voiceover work as well as being cinematographer and director.

All the scenes opened with crotch shots zooming out to a large landscape of absurd homoerotic situations that were dubbed with illogical babble about what a man is.  The shoot was as seamless as ever.  Swiatocha had developed a smooth production process that was lacking in the earlier works.  With Swi’s input Joseph edited the piece together and while not as successful as prior projects it was a groundbreaking talkie that lead into one of the most ambitious enterprises “I Like To Play With Toys” Productions® would ever produce.