Firefly Would Have Dominated in 90s Syndication

In 2002 Joss Whedon created one of the best Sci-Fi series ever.  It was then canceled after 14 episodes. The reason for this was poor ratings. The poor ratings were due to what fans believe was network interference.  In actuality Firefly failed because of its broadcasting format.

Firefly should have been a syndicated TV show much like Star Trek: The Next Generation, Star Trek: Deep Space Nine, Star Trek: Voyager, Hercules: The Legendary Journeys, Xena: Warrior Princes.  Of course the name would have changed to Firefly (colon) catchy tagline.

Back when Firefly aired, primetime TV wasn’t ready for serialized sci-fi show.  While Buffy the Vampire Slayer and Angel were chugging away on the smaller WB and UPN networks, ratings were low compare to the big “4.” Thus, if Buffy and Angel were on Fox, NBC, CBS, or ABC it would have been canceled midseason much like Firefly was.

It wasn’t really until ABC aired Lost that sci-fi found a home on a major network.  Lost wasn’t even advertised as a sci-fi show.  It was just a “stranded on an island show” and when everyone tuned into the first episode and realized how awesome it was they just kept watching.  Then you got Breaking Bad which took serialized TV drama to another stratosphere.

This all started as early as Star Trek: The Original Series.  While each Star Trek episode was a standalone they maintained a consistency that fans appreciated and still holds up rather nicely after 50 years.  More modern story telling such as Buffy and Angel really focused on story arcs in conjunction with standalone episodes.  Major network primetime TV wasn’t ready for it though.

It’s difficult for a mainstream audience to get behind a sci-fi show, then add a story arc and you only appeal to hardcore nerds. Syndicated TV on the other hand was doing story arcs all along.  Toward the end of Hercules and Xena series’ they had diversified the story telling and slightly shifted away from standalone episodes.  They were appealing to the loyal fans that tuned in each week.

This is where Firefly would have shined. It had a super loyal fan base.  The problem was that it was small.  Most people of he present day Firefly fans did so after the fact.  I personally didn’t watch the show until after I saw the film.  Firefly needed a first run syndication that would constantly replay the episode, giving the audience time to discover it.

Fox never advertised Firefly as a western in outer space.  It was advertised as this glammy over hyped saccharin that would be lucky to last half a season.  It didn’t advertise how interesting or funny characters were.  It was as annoying as the ads hyping House after episodes of America Idol.

It's a wonder anyone watch the show after this shit commercial.

Meanwhile in syndication land Firefly would have found audiences that appreciated the sci-fi and western genre.  Firefly’s pop culture success really didn’t take off until DVD made the show more accessible.  Star Trek, Hercules, and Xena dominated the 90s with accessibility.  You could find replays of the shows at anytime.  Firefly needed that exposure to help sell the show.  Married With Children did abysmal in the ratings in early seasons.  Fox kept it running because they had no other shows.  Because of that enough time passed that the show found an audience who appreciated its anti 90s PC message.

Firefly was at the tale end of traditional TV broadcasting methods and the beginning of the DVR age. DVR dominates how TV is watched now.  People need to be considerate of spoilers weeks after a show’s finale has aired.  People can live their lives and watch TV on their own time.  When Firefly aired most people still had to reserve an hour of their life to regularly scheduled programming.  Sometimes tough choices had to be made on what to watch like deciding between The Drew Carey Show and Melrose Place.  Now with the latest DVR tech, Sunday night programming allows for viewers to watch Family Guy, The Walking Dead, and Game of Thrones all at the same time. 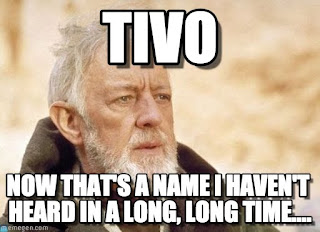 Firefly lacked that convenience and a network patient enough to let a show build in the ratings.  Then there were the subpar episodes that were produced.  Granted they were unaired and the entire cast and crew knew the show was being canceled but they were still rather crappy episodes with hints of funness.  These episodes include Heart of Gold about a pregnant woman who lives in a whore house and is being harassed by her abusive baby’s daddy, The Message about the organ harvesting friend who screws over the people he agreed to smuggle organs for, and Trash the third time in 14 episodes about a scheme to steal something from a rich person.  The latter being the most watchable.  That’s right, Firefly was delving into some lazy formula plots with the most painful being the entire gang in a shoot out during the last act.  In 14 episodes there were at least 4 shootouts to solve the problems.  Imagine 7 seasons of that.  It would have grown tiring.  I have faith that the think tanks behind Buffy/Angel would have steered away from those simple solution endings and the film all but confirms it.  There was a genuine repetition that could work and be forgiven in syndication and is certainly allowed with most primetime shows.  But for a sci-fi western on primetime TV, it was just not going to fly.

River Tam turned audiences off.  Most people do not say nice things about her character when remembering Firefly.  Her crazyness was too much for the general audience and it was fucking confusing.  Having the benefit of Serenity to explain her character issues helps ease the understanding but her nonsense is definitely fast forwardable on rewatch.   Which is sad since she is the driving plot point in the show and film.  The most important character other than Mal is the most annoying.  That hurts a show.  In syndication land annoying characters were not only tolerated they were loved.  We had Nelix from Voyager, Joxer from Xena, and Sarah Powell from Charles in Charge.  All horribly annoying characters but they all have their own fan base.

Thus we conclude that if Firefly aired today on The CW or SyFy or if it was originally broadcasted as a syndicated TV show without an affiliation to any network it would have gone 5-7 seasons.  The best example of this is a show called Dark Matter which is a complete Firefly rip off with lamer hackneyed characters but since Firefly was so great Dark Matter is still a really good sci-fi show and the characters are likable   And since it aired on cable it got renewed for a second damn season.