How Produce Spider-Man In Visual Media

How Produce Spider-Man In Visual Media

With Captain America: Civil War we saw yet another incarnation of Spider-Man on the big screen. While the character was enjoyable and fans are hopeful this will be a version we like because Marvel has their cinematic hand in the cookie jar, Sony still has a big say in the character.  It’s been difficult finding exact details of how the character can be used by both studios. The basic summation is Marvel does what they want with the character and Sony does what they want.  The worlds are connected in the Marvel Cinematic universe but Marvel has little say in Sony’s films.  Another report has it that Marvel is running the show and Sony is collecting the checks.  I doubt Sony would take such a hands off approach to one of their biggest franchise characters. 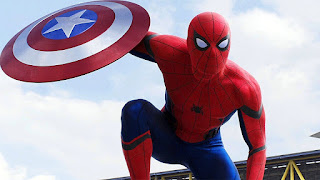 The potential for Marvel’s lack of input into how Sony is creating their movies and Spidey character is what’s scary.  Marvel has proven to run their universe of stories fairly well.  Sony has failed with the character of Spider-Man in 3 out of the last 5 non Marvel Studio affiliated films.  Since the Sony/Marvel deal is on the rocks, perhaps Sony will take a different approach with the character instead of another attempt at a blockbuster movie and unique movie universe.

With this reboot of the character in Marvel, are we forced to witness another death of Uncle Ben?  Thankfully no, Marvel/Sony didn't subject us to that, but they might do flashbacks someday.  Much like the never ending cycle of seeing Batman’s parents murdered in visual media.  Additionally, every time Spider-Man is retooled in movies, TV, and even the freaking comics they restart him back at high school.  The appeal of Spider-Man’s comic book isn’t that he was forever in high school, it was that he graduated and went onto college, then completed college and became a graduate student, etc.  Peter Parker/Spider-Man gradually attained life events.   This resonated with fans, as they grew so did the character.  Constantly rebooting him in high school is a disservice to Stan Lee and his idea of an evolving character.  Even DC comics jumped in on the idea comic characters aged.  In the 1980s Dick Grayson, the original Robin finally ditched the sidekick persona to become Nightwing. 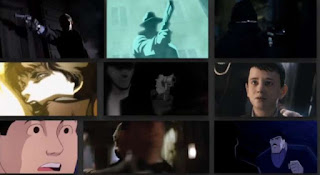 A film studio missing the fan appeal of the character is nothing new.  They are thinking audiences want to watch films starring 30 year olds playing 15 year olds and it's just the price we pay to avoid Hollywood child labor laws.  His constant reboot as a high school student can be waived away as a plot point as long as the story is interesting.  There is also hope that the character will evolve and he’ll eventually go to college. 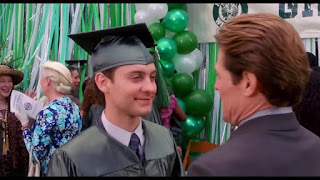 The Spider-Man films have proven people like the character but all his stories need to be personal ones.  His rogues gallery is pretty decent but none of them are epic world changing battles for humanity.  So all Spidey is left with is personal vendettas with each villain. It worked well for the Raimi Spider-Man, we were willing to digest it again for Spider-Man 2, but once they recycled it again in Spider-Man 3 with each villain (Venom his professional photography rival, Sandman the real dude that killed uncle Ben, and Green Goblin 2 his former best friend) having a personal vendetta against Parker it became too much. 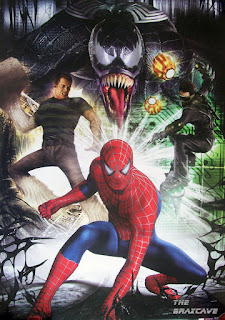 Spider-Man needs to be a TV show (preferably on Netflix or HBO).  Spider-Man was made for the small screen.  Peter Parker’s story is long and winding and needs to be told gradually.  His rotating relationships with family and friends is so robust they are wasted on a 120 minute film.  His rogues gallery has such depth but a film script does not have time to do any of these villains justice. 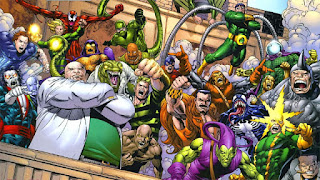 So how would a Spider-Man TV show work?  Well for starters just steal the Buffy the Vampire Slayer format.  Each season should be one main villain that Spidey must face.  He can interact with smaller villains episode to episode but the focus needs to be an overall season long story arc.  Don’t stretch out any villain past one season because then you drift into character stagnation.  Each episode should be character driven, much like season 3 – 7 of Star Trek the Next Generation.  Buffy did the same thing but I want to reference other shows where this format works too. 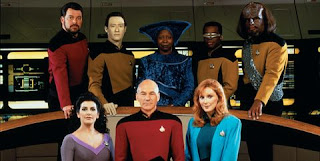 So what we have is a Spider-Man show where his main villain for the season is The Green Goblin. We can have episodes devoted to Normal Osborne, Harry Osborne, their relationship as father and son, the relationship with Peter, Peter’s life with Aunt May, juggling school, work, etc.  Take the best stories from the comics and translate those to the small screen.  Peter Parker is a regular dude who gets superpowers; he’s not made for epic battles.  He’s meant to juggle petty crooks like the Rhino while trying to pass his chemistry midterm.

The first season shouldn’t even have Spider-Man.  It should be about a 17 year old Peter Parker getting his powers and using them to make quick bucks.  Don’t make him too young because it’s a story about growing into adulthood.  It should culminate into a two part season finale where Uncle Ben gets killed and Parker stops being selfish and starts helping people.  So you get to meet Uncle Ben and love him like a TV dad should be loved and dreading the day he’s violently killed.  The films' always made Uncle Ben likable but you’re constantly waiting for him to get capped so we can get to the web slinging fun.  An entire season devoted to a teenager on the fence of becoming a huge douche or really awesome kid is story worth watching for 10 episodes but not more than that. 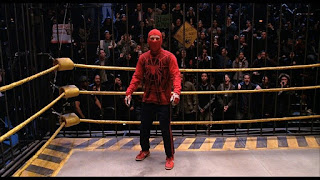 Season 2 is how about what type of superhero he should be.  How will he honor the death of his uncle?  Season 3 is figure out how to have a relationship and be spider-man with Gwen Stacy.  Then at the beginning of Season 4 we kill Gwen Stacy and he starts a rebound romance with Mary-Jane Watson. 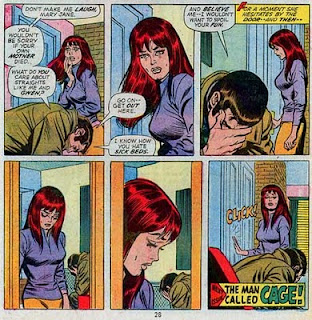 That’s the basic idea.  Spend time cultivating each character in Peter’s life and then add drama that screws it up.  Flash Thompson goes from being a bully to one of Peter’s close friends in the comic.  A story of how friendships change is fun.  The films never moved Flash past stereotypical bully.  Some of it’s bad writing.  Most of it’s because they just don’t have the time to do the character justice.  That makes for boring storytelling.

Parker doesn’t need a team, in fact the entire show can be about how he’s not managing the crime fighting well because he has no team.  All other superhero shows have some central crime fighting hub where team Arrow, Buffy, CSI gather and plan how they are going to fight each episodes big bad.  With Spider-Man you can toss that gimmick out the window.  He uses his regular Parker genius brain to solve the problems on his own or through inadvertent and coincidentally topical life advice from Aunt May or Robbie Roberson.  People like smart leading characters.  Jason Borne always used his wits in the films to survive and it’s the more fun aspects of the films.  Spidey films lack the depth to probe Parker’s genius. 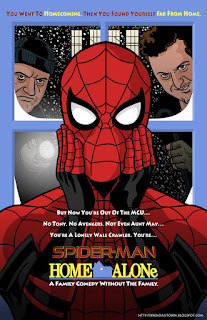 Daredevil has proven not all comic characters should be on the big screen but can excel on the small screen.  Spider-Man doesn’t deal with the world ending stuff Captain America might deal with.  Spidey’s issues are localized to NYC and typically deal with local thugs.  Spider-Man’s real appeal is in his personal relationships.  To really explore the different characters in Spider-Man’s life it would take a TV show multiple seasons to do them justice.

Looking at the cartoons; Spider-Man the Animated series and Spectacular Spider Man.  Both those shows delved into each character in spidey’s life.  They had solid stories that created three dimensional characters.  The ongoing failure of the Disney Cartoon Ultimate Spider-Man does not have any devotion to character.  It’s just one giant toy add meets a bugs bunny cartoon.  It’s targeted at a younger demographic that will buy toys.  It’s completely understandable that a cartoon is made to generate toys and marketing but it’s sad that the content of story suffers. In the 90s there were shows like Batman the Animated Series, X-Men, and Gargoyles that told solid stories that 10 year olds and adults could enjoy, that would sell toys but also not talk down to kids.  The new breed of cartoons talks down to its audience.  Ultimate Spider-man is the prime example. 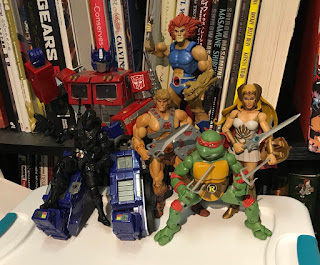 So while it can be said that Spider-Man belongs on the small screen it has to be done the right way.  If they produce a Spider-Man show that’s like Smallville it would be an insult to the character.  While Smallville was fun and lasted 10 seasons, the teenage melodrama was painful, the “my life’s so hard” whining of Clark Kent was enough to make the audience root for Lex Luthor.  The Spider-Man TV show really needs to base its entire concept off Buffy/Angel.  Ahh you know what?  Screw this Buffy/Angel were perfect let’s just rewatch those shows. 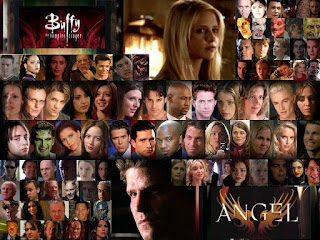