Story
Radius comes from the minds of the writing/directing team Caroline Labrèche & Steeve Léonard.  It tells the story about a man named Liam (Diego Klattenhoff) who wakes from a car crash with amnesia. As he travels through what appears to be the US Midwest it becomes apparent anyone who comes within a 50-foot radius of him dies instantly.  He eventually comes across a woman named Jane (Charlotte Sullivan) who can assist him with his affliction.  The film’s strength is its masterful execution of the tense moments where Liam’s powers will cause devastation despite his attempts to prevent it.  The early and slow pacing of the film surely lays the groundwork for pay offs that are worth waiting for later on in the narrative. It culminates with a brilliant and I would say surprising twist in the last act between our “heroes” Liam and Jane.  The source of Liam’s abilities is a rather hackneyed trope.  This trope can be forgiven because of the strength of the tense moments and story concept.  Radius makes for an enjoyable film that keeps the viewer interested from beginning to end. 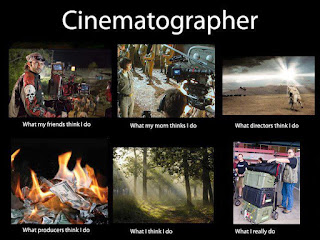 The relatively static camera by cinematographer Simon Villeneuve is very by the numbers and somewhat fails to do the story justice.  It’s as if he’s trying to portray a blank canvas as a busy mural.  The moments where he takes the camera off the tripod are rare but enjoyable.  The most crucial part of these moments are how subtle they are, which is a testament to any good cinematographer.  He also lights the set fairly well.  One might suspect budget and time constraints prevented it from being a truly visual work of art.  It’s a problem even the greatest filmmakers deal with. 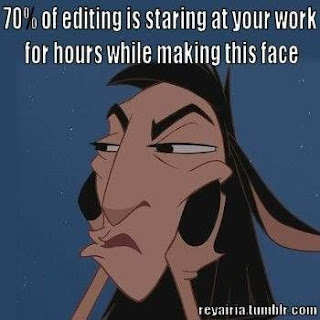 The blue tint for the outdoor scenes could burn the retinas but that isn’t a failing of the cinematographer.  The responsibility for color correction choice falls to the editor Steeve Léonard.  Color correction is an issue all films have to deal with now due to the affordability of DSLRs.  The switch in lenses while shooting different takes within the same scene will cause a color to change and make film scenes visually inconsistent.  Therefore the film editor has to color correct scenes to match.  Given the beautiful landscape of where they filmed, allowing more natural color to shine through would have been preferred.  This blue tint did not hurt the story though.  His cuts were solid, some of his actor’s takes are questionable (more on that later).  As stated previously the way tension builds is done remarkably well.  That’s a testament to solid writing, directing and good editing.  The outdoor sound mixing could have been better but it’s a very minor distraction. 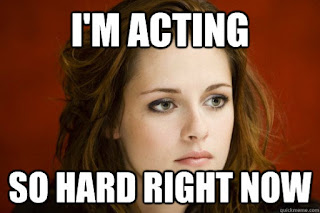 Brett Donahue’s portrayal as Sam is the breakout performance in this film.  He’s consistent and believable in his presentation.  I’d love to see more of his work in the future.

The chemistry between Diego Klattenhoff and Charlotte Sullivan could have used some fine-tuning.  At certain moments it felt like the actors weren’t performing in sync with one another, as if they filmed their scenes on entirely different days.

Klattenhoff & Sullivan on their own certainly have talent and even within the film prove at moments they can hit their acting cues in believable ways.  Their inconsistent performances as a couple, is really the responsibility of the film directors to get right. Labrèche & Léonard definitely tell a cohesive visual story that works well without dialogue, future projects should focus more on actor performances.

Overall the film is well worth watching and really enjoyable.  It also has a rewatchablilty factor by making the viewer want to go back and see how all the little snippets connect to the awesome twist at the end.