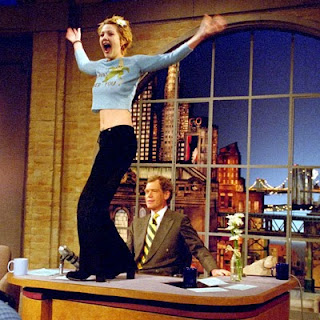 I couldn’t really fault him for being standoffish from his staff.  Back in 2005 a man named Steven Rubenstein was hired to do some work on Letterman’s estate and then took the opportunity to plot the kidnapping of his son.  Luckily Rubenstein was arrested before he could carryout the plot.  It’s still a scary experience for someone to go through.  I completely understand why a guy would prefer to keep his distance and keep his confidants to a small circle.

There was a list of names all the pages needed to memorize and notify security if we came across those people.  The list consisted of people who mailed death threats to Letterman or sent one too many fan letters.  It wasn’t a physical list we could keep so we were made to orate it out loud like a choir during a preshow meeting for 2 weeks straight.  The only name I remember was most likely the made up name of Katie Jacklyn Bovier Onasis Kennedy Cosby.


Fans would sometimes bring gifts for Letterman.  Our instructions were to take the gifts and tell the fan we would pass it along.  Sadly, the gifts never got to him and would just sit in the box office.  Sometimes they were flowers other times food.  I never saw anything extravagant but others pages told me stories about some nice artwork or personalized mugs and other expensive stuff they helped themselves too.  Whatever to gift was, rest assured the pages made good use out of it.

I was always reluctant to eat the food fearing that it might be poisoned but that didn’t stop others from scarfing down the grub.  Was it wrong of me to want someone to contract minor food poisoning from eating a tainted box of chocolates?  Most of them were from middle America and a bit too trusting.  Having grown up in Queens and it being only three/four years after 9/11, I was convinced everyone was just waiting for the opportunity to kill us all.

I had a different upbringing then many of my Late Show colleagues.  I grew up in New York City. Queens to be specific.  Most of them came from the Midwest to try and hit it big in the TV industry.  The best they could land at this point in their lives was a part-time job on a late night talk show.  They had student loans closing in on them, dropping $800+ a month on rent while sharing an apartment with 3 other roommates.  They could barely afford a $50 monthly cellphone payment let alone support themselves.  I’m certain many of them were eligible for welfare, food stamps, and Medicaid.  I could guess it was a disappointing transition when only a year ago they were living the fun and fancy-free college dorm/party life and dreaming about how they will break into the entertainment industry.  They left behind their family and friends only to realize life’s a cruel bitch and experience it first hand.

I was going through a different life experience than they were.  I was still in college and hadn’t yet been kicked in the balls with the job-hunting vacuum.  I was fortunate to be graduating college without student loans to pay thanks to a partial academic scholarship and my parents paying the difference.  I also lived with my parents in Queens and wasn’t charged any rent while I was in school.  Financially, life was relatively easy for me.  I only had to juggle my classes and part-time job. 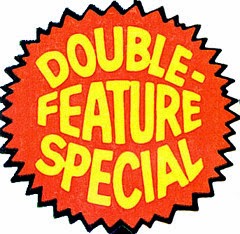 The Late Show used to tape two shows on Thursday, the Thursday and Friday show.  Then one day Letterman had to do some Nascar thing and needed to leave early on Thursday.  They decided to tape Friday’s show on Monday.  So Double Thursday became Double Monday for one day only.  But Letterman liked the early dismissal on Thursday so much he made Double Monday the standard.  The double shows were always tough because while one show was being recorded with half the pages monitoring the audience the other half was performing the line-up for the other show that would tape immediately after.  They bought the pages pizza on the double show days because we were working through dinner.  That was really cool of them to do.

I felt the quality of those Friday shows were weaker than the rest.  That 4 day difference caused the jokes to be less relative because they were missing out on key current events.  Letterman would sometimes take the opportunity to poke fun and the faulty time change like the time he interviewed Tony Danza on Monday for a show that was airing Friday.  Danza was promoting his live morning show and playing along with Letterman, pretending it was Friday.  Danza mentioned the guest he had on the show and said it was a fun episode.  Letterman decided to up the stakes and asked Danza for a specific event that happened on the yet to be recording live Friday broadcast.  Danza stumbled for a bit, which caused a giggle in the audience.  Danza then said people would need to tune in if they wanted to know what happened on his show.