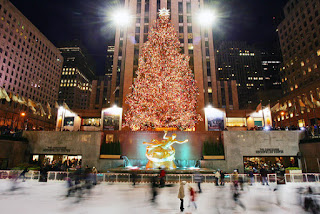 The pages weren’t considered to be equal members of the staff.  It was made apparent around Holiday time.  The Late Show taped on Thanksgiving.  Since they were working on a Holiday they would provide a Thanksgiving meal, one was for the crew downstairs and the other for the office folks upstairs.  The pages were instructed they could attend either gathering.  A few other pages tried to attend the upstairs event because that was the one Letterman was most likely to attend.  It was also the best network opportunity because all the show leaders were at that one.  The crew wasn’t decision makers; they just ran the technical equipment and were cool to hangout with.  If someone wanted to cultivate a career they needed to go to the upstairs Thanksgiving party and network a little.   When the pages made it upstairs they were turned away by one of the producers saying they could only attend the downstairs crew party.  Letterman’s personal assistant had to overrule the producer to let the pages attend.  It was just awkward and added to the concept that pages were second-class citizens at the show.  There are more important jobs than others in organizations but that is why people are paid different rates.  Office events that are for everyone should be for everyone.

There was a Late Show Christmas party but it cost a few hundred dollars to attend.  It was not a gift to the staff for a year of hard work.  Anyone could pay and attend but when you’re making just above minimum wage it’s really hard to justify a week’s pay to go to a party.  It seemed like they wanted to prevent the lower paid employees from attending and by charging they knew only high end people could afford to attend. 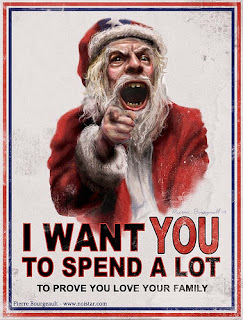 To compensate for the pay Christmas party, a few audience coordinators organized their own free Christmas get together and invited everyone.  It was a nice evening, and the only evening I got to hang out with everyone post show.  We got dinner and then all met up at some club/bar and drank and danced together.  Roger didn’t dance and assumed I didn’t dance but the joke was on him because I am jiggy with it.  I even impressed Stephanie with my dance skills.  While walking to the club Donna played the most awesome joke on me.  She had me read a sign that said Bangkok and then hit me in the balls.  It sounds cruel but it was really playful and showed how chill she was and that she could roll with the boys.  I told her my Cockblocker Richie story and she taught me the female term "corker."

I did get to work with a bunch of really cool people but like any place there are douches and they can really suck the energy and appreciation out of something if you let them.  Megan and a few others were upset about the Christmas gift we received from Letterman and also the Producers.   Letterman gave the pages a case of one of his gag audience gifts Explod-o-Pop Atomic Popping Corn.  I thought it was pretty cool because he didn’t have to give us anything.  Megan thought it was unfair that the rest of the staff got personalized World Wide Pants jackets.  The coat would have been cool but a gift is a gift is a gift.  The Producers gave us high-end binoculars with The Late Show logo on it.  These were real quality and probably very expensive binoculars.  I thought it was a cool concept because we spend out time watching the audience during the show; they gave us a devise for watching.  Others were less appreciative.  All I ever expected from them was to get paid for the hours I worked, anything more than that was a perk.

The Programs End
I hit a few milestones during my year at The Late Show with David Letterman.  Some were good some were bad.  I turned 21, which in America is a huge deal because you can legally drink.  When my birthday came and passed it was not acknowledge by any of my coworkers.  My grandmother had passed away during that year.  It was sad and I didn’t get a card or even an “I’m sorry for your loss” from any of my fellow pages.  That one hurt because I was bummed my grandmother died and also I saw them pass around cards to be signed for other people who experienced the same types of loss throughout the year.  The last big event for me was graduating from college.  I took the Saturday box office shift off and hit a pretty decent milestone.  One page managed to congratulate me on my accomplishment, the rest were rather indifferent.

After my graduation in May it was only a matter of time before my tenure as a page would end.  I had just completed college and spent the last year seeing where my life was headed if I pursued an entertainment career.   I did have the benefit of The Late Show on my resume but witnessing first hand how cliquey and cutthroat my competitors were going to be I decided I needed to attain a graduate degree.  I applied to UCLA for film and Hofstra University for Speech Comm, Rhetoric, & Performance.  I got rejected from UCLA but accepted into Hofstra.  So I was attending graduate school in the hopes of keeping the party alive for a few more years.  You can read about my graduate school exploits in the Breakin’ Hundred Reunion article.

Donna was the only other person of the original four I learned about sexual harassment with to complete the entire program with me.  She stated when her time ran out she was moving back to Austin to be with her family because it was much too expensive and hard to live in New York.  I should have professed my love for her and begged her to take me along but I was a stupid kid.  During her stay she had moved out of her Aunts and in with some other current and former Late Show pages in the Manhattan.  She was working two jobs, one was The Late Show and the other was Starbucks or something.  Both jobs were barely above minimum wage.  She had no health benefits and everything she made went to pay the rent and food.  When Roger heard that she was heading home he was so confused why she would leave.  In his words he said “I don’t know why she would leave when she’s got it so good here.”

I guess that summed up the disconnect I had with the pages who were from outside of NY and carving out a life for themselves in the city.  They believed they were doing well.  I can’t say if they were or were not, but Roger was clearly happy with his direction.   I wanted something more than just getting by in life.  I was raised by a working class family and understood how difficult limited finances could be.  A person can spend their entire life trying to get that one opportunity to work on a TV show only to have their show cancelled after one episode.  For every Ben Schwartz, there were a million more nameless pages that never went anywhere. The entertainment industry is so fickle and shows are so fleeting you can have a job one day and lose it the next.  While that’s corporate America in general, there is a bit more work consistency outside of entertainment. 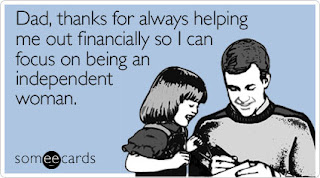 As for my time at the Late Show, I wouldn’t have traded it for anything in the world.  I know you just got a run down on a lot of the negative experiences but I can’t stress enough that 90% of my time there was beyond awesome. Seeing the joy on the audiences’ faces was one of the coolest things.  Talking with the audience and learning how far they traveled to see the show was amazing.  I met and spoke with people from all over the United States, Canada, Australia, and Europe.  These people were always so happy to be at the show and were always a pleasure to talk with.  I saw some of the most famous and/or influential people in the world speak live every night.  I experienced so many musical acts that I could have been the main character in a Cameron Crowe film.  Being able to tell people I worked at one of the most popular staples in pop-culture and helped entertain a few million people every night was tremendous.  It really made me feel like I was contributing to a better and happier world.  All of my other jobs since I left seemed a little less glamorous but much better paying.

When I said my goodbyes to my friends and frenemies I told them all how I understood how tuff it was for them but if they continued to work hard it world get better.  I really hope in the 10 years since I have seen them that they attained their goals and/or are in a happy place in life.   Thank You and Good Night. 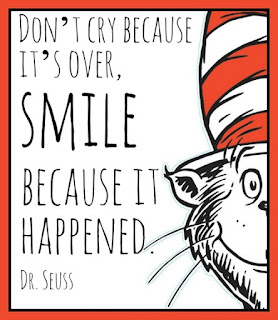