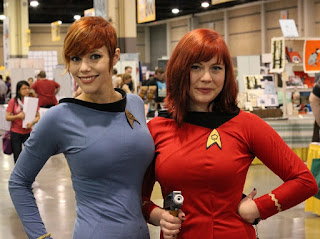 The word Trekkie is a term of endearment or a stigma depending on which clique you travel in.  For the people that deem Trekkie in the negative connotation it’s likely because they have never watched a Star Trek show before.  Many of their complaints have to deal with the campy technology limited 1960s TV series or the overly obsessed cosplayers that have made Star Trek the pop culture dynamo and stigma it is today.  There was the woman who won the right to wear her Star Trek uniform while serving jury duty. Then there was the stated his wife died during a transporter accident.    Being a Star Trek fan is harder than being a Star Wars fan.  Star Wars is universally accepted in society because of its simpler good versus evil theme.  Star Trek’s larger vision of the future, of humanity is a tougher concept to grasp. 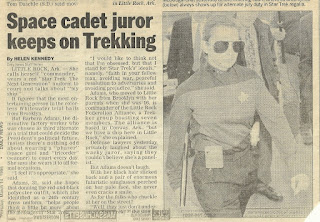 If you come across a Star Trek hater it’s likely they have never seen any form of the franchise and are hating on the super fanatics.
The haters will always hate, so let’s just toss them aside.  There are however many people who’ve just never seen anything Star Trek and admittedly are open to the concepts.  You have sci-fi and comic fans, those are the easy conversions, then there are the clueless pop culture fans, they want to become fans or something but don’t know how. In either scenario there is a tried and true method for making a trekkie.
It starts with Star Trek II: The Wraith of Kahn. 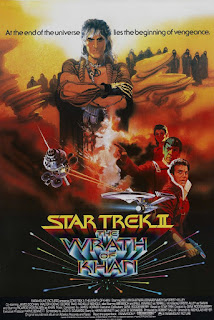 When breaking someone into Star Trek it’s important to start with the films.  In particular it must be Star Trek II.  Never pitch the film to anyone as an awesome Star Trek movie, it must be sold as an awesome movie.  If a person cannot like Star Trek II then they have no soul and should be sent back to the hellish abyss where they were spawned from.  Always sell the film as a great stand along while also being realistic about how much Star Trek: The “Slow” Motion Picture sucked.  This establishes the Trekkie in training that you’re realistic about what’s good and bad.  Focus on showing them this one and only film don’t push beyond the one film or you risk alienating them of such a long endeavor of sitting on your ass.
The original series films offer the best evaluation on whether a person can truly appreciate Star Trek.
If Wraith of Kahn is a hit immediately push Star Trek III: The Search for Spock.  It’s the perfect follow-up. 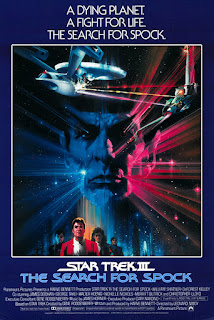 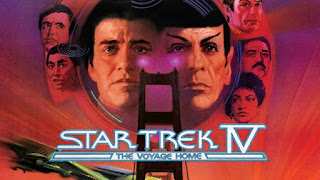 There is a bit of a speed bump with Star Trek V: The Final Frontier, if the person appreciates Shatner overacting this is a great film for them.  If you get the impression the potential Trekkie is not amused then it may be best to avoid this film and move right onto Star Trek: VI: The Undiscovered Country.
If you have a person who can sit through 4 of the 6 original series films they are well on their way to becoming a full blown Trekkie.  If they fail at any point during the film phase then all hope is lost and find a new friend. 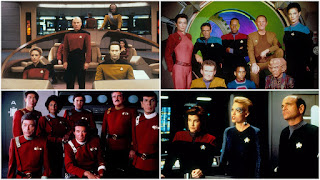 Where does one go after the film series? The next logical step is the TV shows.  But which series?  It depends on the viewer, if they like, Kirk, Spock and McCoy or 1960s campiness then start with the original series.  If they appreciate more character driven stories than star with Star Trek: The Next Generation.
Warning
Whenever  Star Trek: The Next Generation is shown you must make it a point to either skip the first two season or watch them in fast forward and only show selected scenes or episodes.  If you’re a true expert that start from season 1 episode 1.  Most cannot manage this so just give a synapses of the first 2 seasons, explain who Q and Tasha Yar are and start with Season 3.   If they enjoy their TNG experience you’ve gotten yourself a Trekkie.  Immediately Show then Star Trek Generations and Star Trek: First Contact. Do not show them Insurrection or Nemesis.
From there it’s an easy move to Star Trek: Deep Space Nine (the best Star Trek series ever), then Star Trek Voyager (ekkk), and if they are still hanging on you swing right into Star Trek: Enterprise.
After they have been fully educated in Star Wars lore it’s no big whoop to show them JJ Abrams Star Trek. 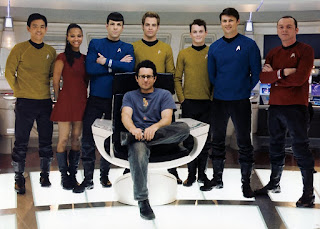 Alternately, if they hated Wrath of Kahn you can skip all of that and just show them JJ Abram Star Trek which is more action themed and probably makes them more of a fan of Star Wars than Star Trek.  Which is fun for parties but not for deep long discussions about life.
Once all the more lovable Star Trek media has been exhausted it’s very easy to go back and show them all the bad Star Trek you shielded them from throughout their Trekkie training.  If they begin to complain about how painful the bad is be sure to just respond with “I don’t want my pain taken away.  I need my pain. If we lose that we lost ourselves.” Make sure to overact it. If they are a true Trekkie they’ll appreciate it and you’ll know you’ve signed another one up for the cause.
<iframe width="560" height="315" src="https://www.youtube.com/embed/tkBVDh7my9Q" frameborder="0" allow="accelerometer; autoplay; clipboard-write; encrypted-media; gyroscope; picture-in-picture" allowfullscreen></iframe>
Written by
Joseph Ammendolea
Owner/President
“I Like To Play With Toys” Productions®
ILikeToPlayWithToysProductions@Yahoo.com