Marvel: The Biggest Risk in Hollywood Part 2 of 2 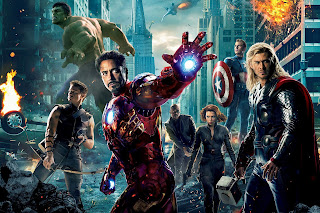 Well for starters, Marvel didn’t run before they could walk.  They started simple.  They made 2 films.  Iron Man and The Incredible Hulk.  From there it laid the foundation of their plan.  They dropped hints that other films would be on the way but never spent the entire movie talking about the next movie.  The Avengers did so well because Marvel created one of the best marketing gimmicks Hollywood had ever seen.  A cinematic universe where everything is connected.

Now here’s where the backlash comes into play. Since Marvel’s achieved such huge success with their endeavor, everyone feels they are the NSYNC of film studios.  NSYNC just showed up and cashed in on the late 90s boy band craze without any real effort.   In actuality NSYNC worked their ass off to become the best boy band of the late 90s.  Marvel took a gamble and it paid out big time.  If they had failed every article about superhero films would discuss how audiences hate these interconnecting franchises and cite Marvel’s failure as the pinnacle example.  But since it was a success every studio wants to copy their design.  The problem is studios are too inept or clueless to see how Marvel succeeded.

This is where the backlash comes into play.  Marvel’s achievement didn’t occur without causing huge and negative consequences in Hollywood.  Studios are so desperate to cash in on the franchise genre they are trying to skip the gradual build up.  What’s occurring now is The Fast and Furious films have become a fucking cornerstone movie franchise.  How the hell did that happen, well they started out slow for one, then restructured their story telling in the fourth and fifth movies and are now a never ending mill of Vin Diesel one liners.

Warner Brothers is the biggest culprit with Batman v Superman: Dawn of Justice (2016) and Suicide Squad (2016), they’ve just dumped everything they have into two dark gritty films and said this is all connected.  There is no happiness or fun in this DC Cinematic world.  It’s just pain and misery.  They’ve completely missed the point.  An audience can stomach one or two dark movies but an entire genre devoted to dark and gritty is overkill.  When someone is looking at 10+ pessimistic movies a person would rather hang out with a teenage Goth/Emo Freak who’s just discovered Morrissey.

Franchise films have now become just buildups for the next film instead of standalone stories.  Each movie becomes more of an advertisement to see the next film instead of an isolated story that took placed the day before a sequel film.  That’s just annoying.  The biggest offender of course are DC films but this was even done as early as X-Men 2 (2003), Spider-Man 2 (2004), Star Wars: The Force Awakens (2015), Avengers: Age of Ultron (2015) (I understand it’s a Marvel Studios property but they did it and it was fucking annoying), The Amazing Spider-Man (2012), and The Amazing Spider-Man 2 (2014) (FYI Spider-Man film rights are controlled by Sony, Marvel owns publication rights.  There is currently some Masters of Evil deal where they are now sharing the character but let’s skip that complication).

Honorable mention! Any film anthology based on a book anthology that takes the last book and breaks it up into Part 1 and Part 2 so instead of 3 films we get 4.  It’s really fucking annoying.

What’s baffling about these franchises is; why don’t the studios just completely copy Marvel’s format?  They want the success of Marvel without putting in any of the time.  Why didn’t DC make 5 films building up to a Justice League?  If they wanted to be anti-Marvel, why didn’t they just make a Justice League movie and make spinoff films from that?  Is there a copyright on implementing other company’s successful business strategies? 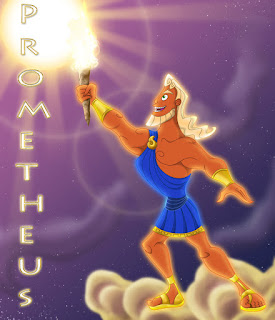 This is why Marvel is truly a risk taker and innovator.  Other studios have tried to create their own franchises with mixed results while Marvel has set the tone for blockbuster filmmaking and will continue to do so for the next several years. 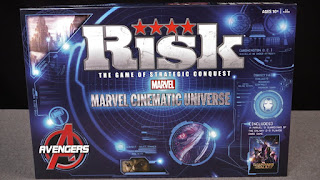