Kevin Smith is Terrible…In Our Opinion (Part 4 of 4) 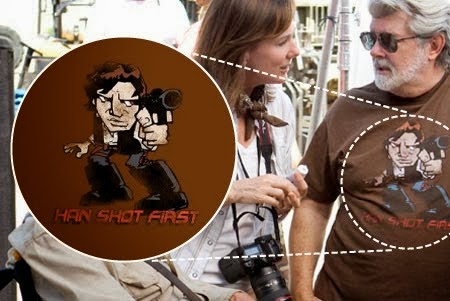 I don’t hate Star Wars: Episode’s I, II, and III but I know it’s a losing battle trying to defend such films to my fellow nerds.  Especially when their arguments are justified.  Smith proudly champions how much he likes the films and even applauded George Lucas’ decision to have Hayden Christensen play Anikin Skywalker like a whiny emo freak.  When does anyone like whiny emo freaks? The answer is never; because they are sniveling self-absorbed outcasts who think their problems are unique.  Could it be Smith relates a little too closely to the character? 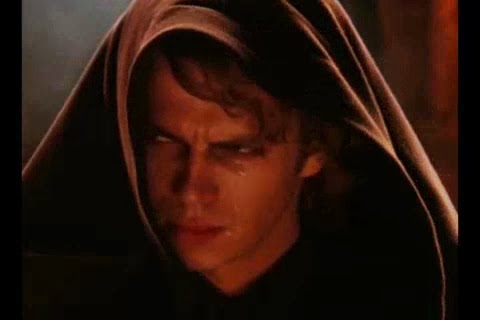 Then there was the Conan O’Brien/Jay Leno feud.  Smith took his stance with Leno all the way.  Even the NBC Executives hated Leno.  He was just the stopgap until they could replace him again. This has been discussed before but Leno was the cause of the problem to begin with and O’Brien got the blame.  NBC had an affiliate disaster on their hands and had to scramble to fix it.  Smith publically sides with Leno.  Why? Because Leno’s humor is as simple and mindless as Smith’s.  O’Brien’s humor is more sophisticated and silly.  That’s right there is sophistication about a bear in a diaper that masturbates.  Smith sided with the mindless drivel that mirrors his own.  Maybe we can hope for some humor as clever as the Dancing Judge Itos in his next movie.  It’s one thing to like a form of comedy or certain comedian better.  It’s another thing to support one who’s being a total douche-bag and should do the classy thing and step down.  If you publically support doucheness you give off the impression that you’re a douche yourself. 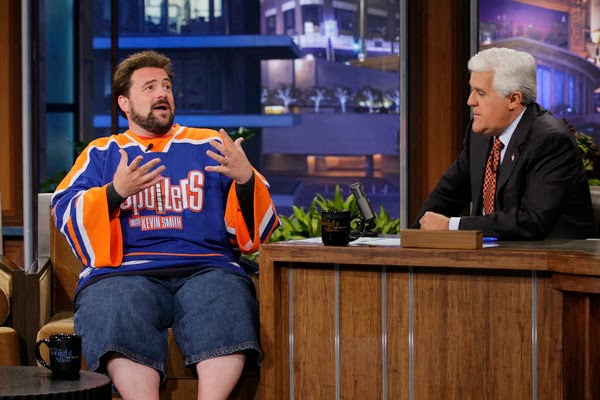 This persona emanates from a man who complained about Paul Thomas Anderson and his film masterpiece Magnolia (1999).  Smith refers to the film as “a bloated sense of self-importance.”  Self-importance?  Magnolia is admittedly not a film for everyone but it certainly is not bloated or self-important.  It’s a thought provoking movie about how people’s lives intersect. It’s an example of how human beings are all connected and go through their own battles and turmoil.  It shows how these struggles go unnoticed by the people they’re casually connected to but these interactions define their choices in life.

I suppose that message is too deep for the writing genius of a woman with a third nipple or a thought provoking story about a girl who was straight then gay then straight then gay again.  Anderson is responsible for other awesome films such as Boogie Nights (1997), There Will Be Blood (2007), and Punch Drunk Love (2002).  Perhaps it’s jealously that spurns the feud between these directors.  After all Anderson’s films are critically acclaimed, nominated for multiple Oscars, and give you something to think about after viewing them.  Smith’s movies all take place in the same little film world. 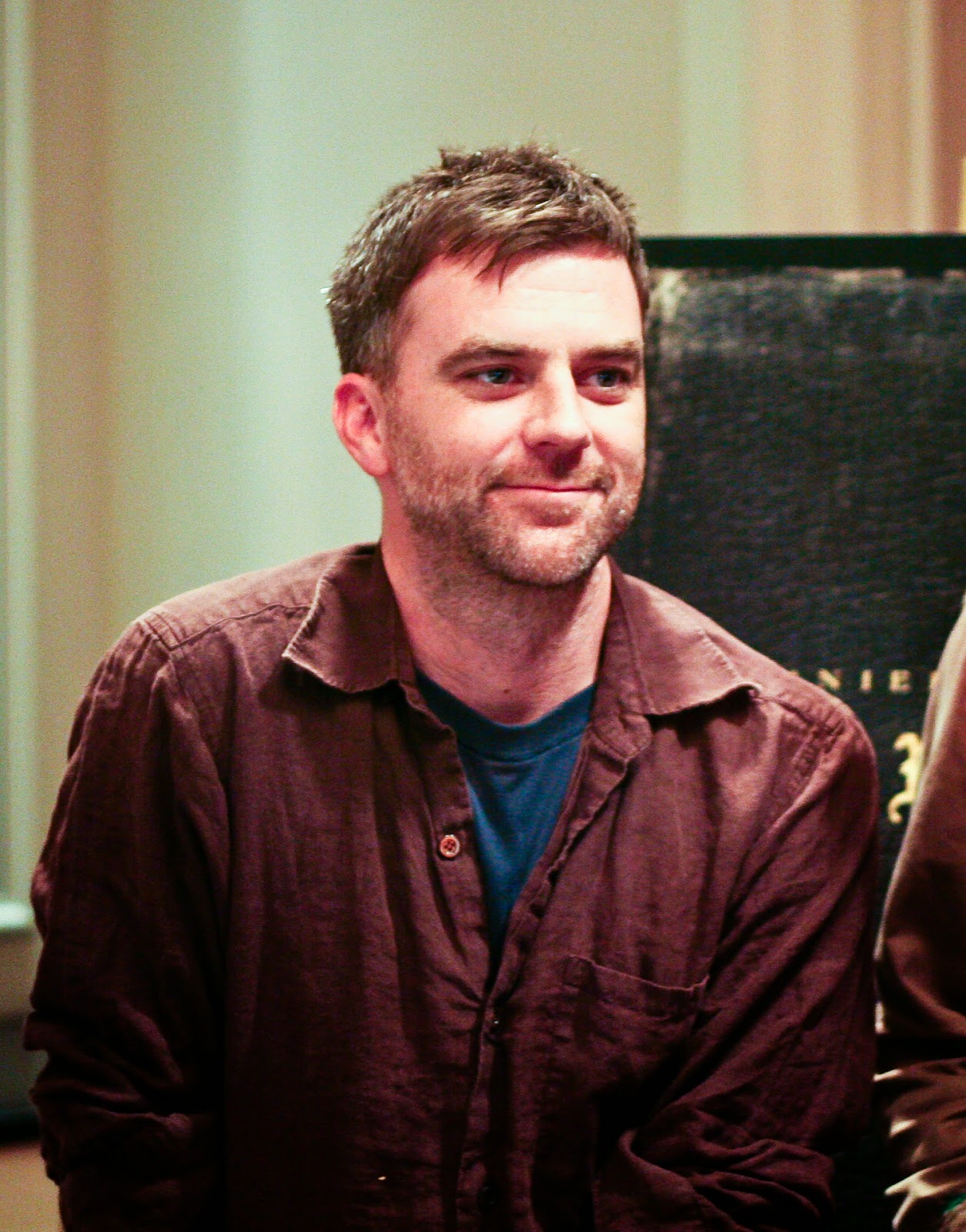 This is more rumor and innuendo but it’s been claimed that Smith threw the gauntlet down to Anderson to try and create a 90 minute romantic comedy and Anderson responded with Punch Drunk Love at a specific running time of 89 minutes.  Internet sources state the runtime as 95 minutes.  Either way Anderson creates a film that invokes the best acting Adam Sandler ever did as well as attaining a well constructed and deep story that was critically acclaimed.  Basically an artistic “Fuck You” to Smith.  All Smith can do, is verbally exclaim his dislike for Magnolia and vow to never watch it again. 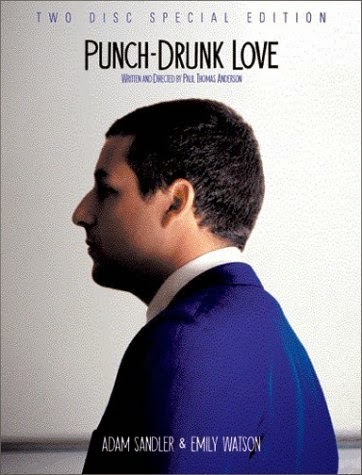 Are these thoughts so shocking?  What’s to be expected from a man that can’t even put in enough contemplation to changing his clothes?  Silent Bob is dressed in the same damn trench coat in all the films. What’s that you say?  So is Indiana Jones?  Nope, not true.  Indy changes his clothes; he’s in the hat and leather coat only while on archeological expeditions.  At class, in the library, or even at the club he’s in a suit.  Silent Bob can make no such claim.  And let’s just say backwards cap=douche. 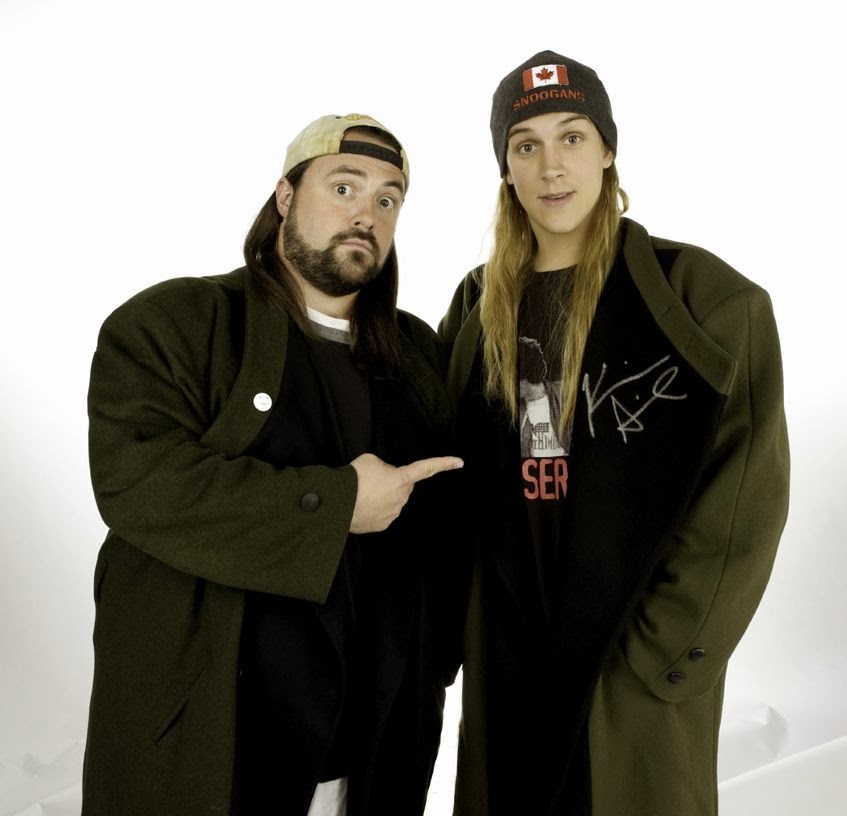 Now we see Smith in that orange Comic Book Men jersey all the time.  He’s trying to be the Mr. Met of his own freaking TV show.  Leonard Nimoy is the face of Star Trek because his performance, his character, and he himself is awesome.  Nimoy doesn’t need to dress up as Spock everywhere he goes to talk about Star Trek.  This is because Nimoy isn’t a tool. 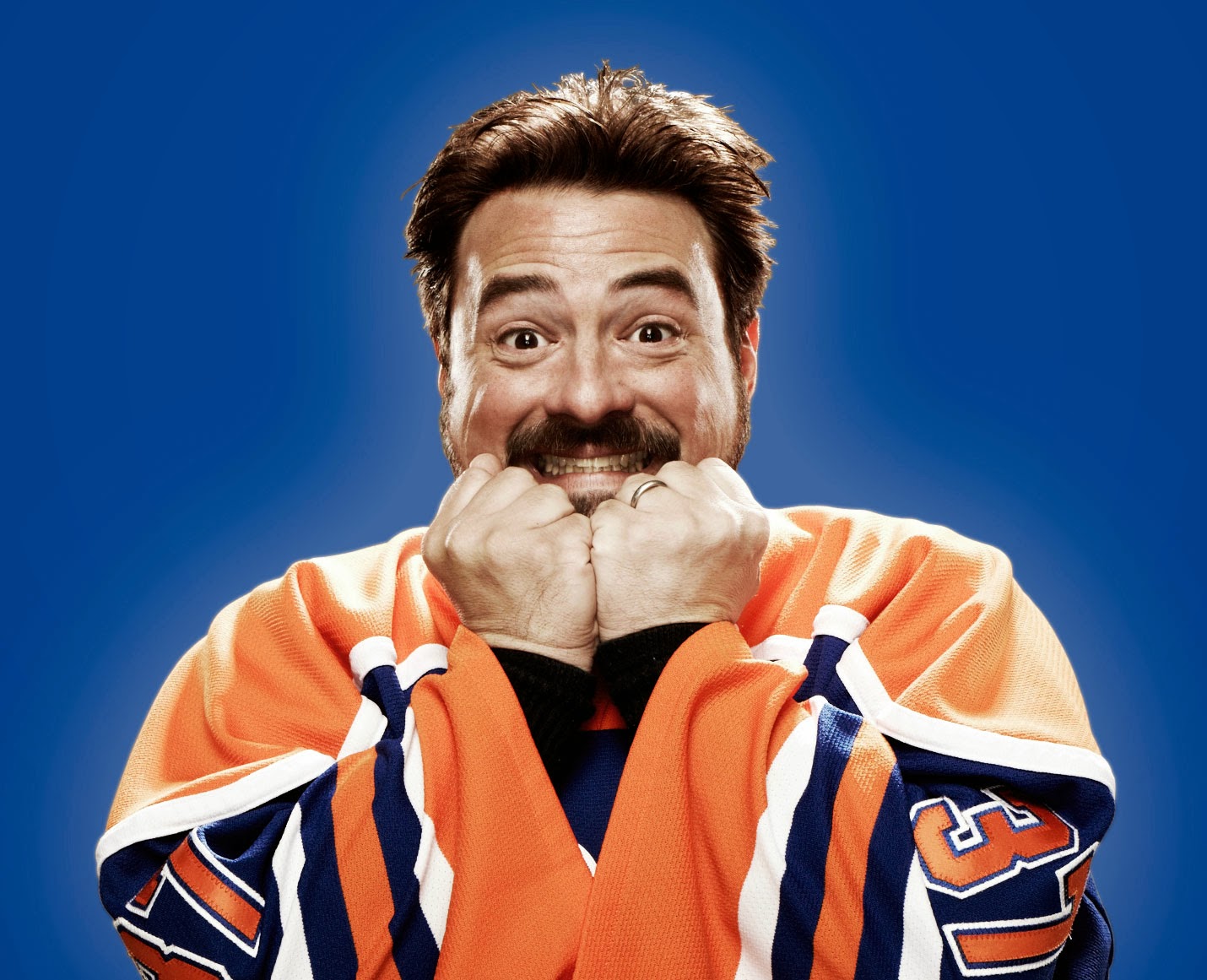 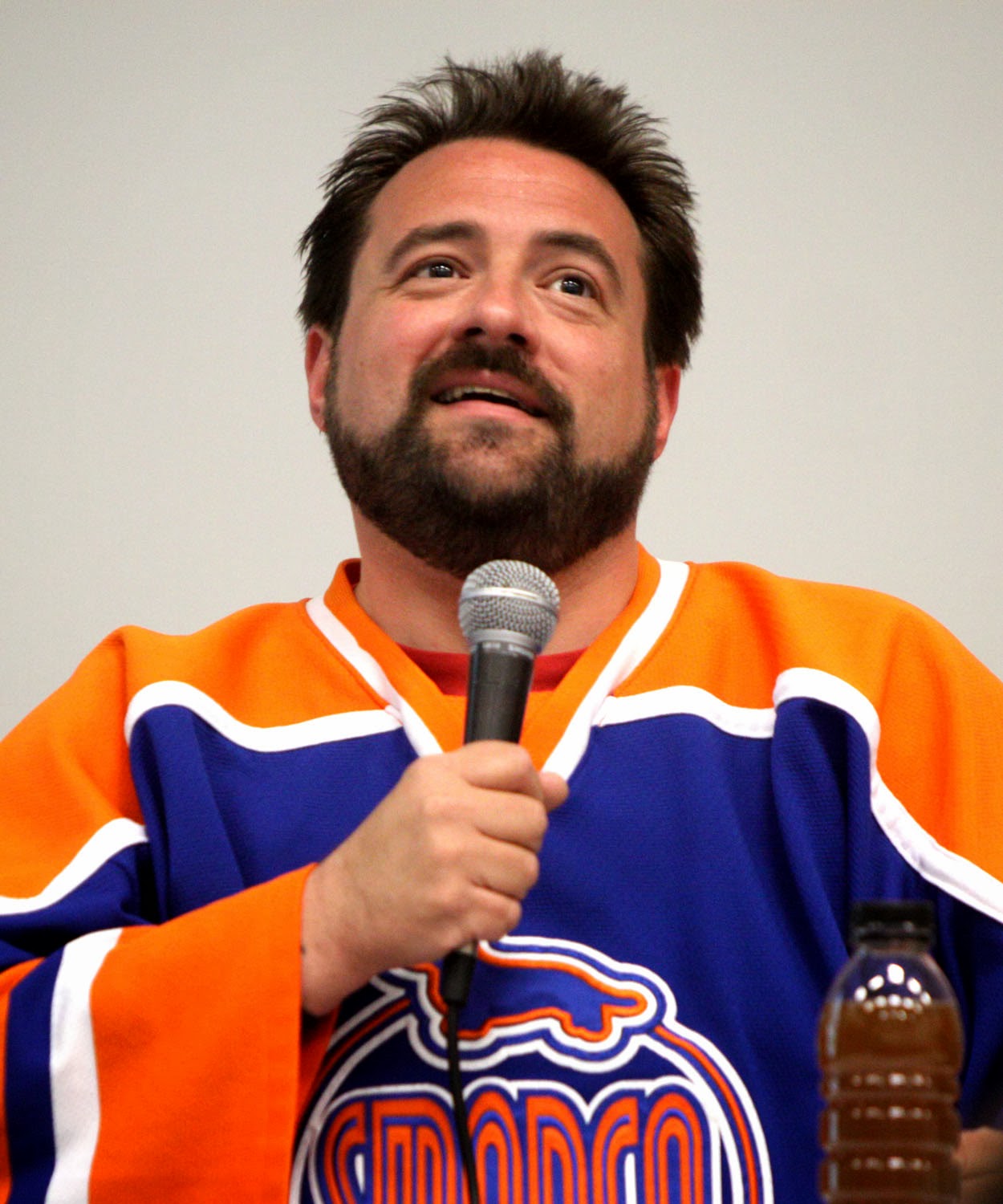 Perhaps my opinions are too harsh?  What chance did Kevin Smith have of being a decent human being?  After all he’s from New Jersey.  He’s not the worst thing to be produced from that State.  He doesn’t even crack the top 100 worst things from New Jersey.  I suppose when we factor that in we should all be grateful that he isn’t worse. 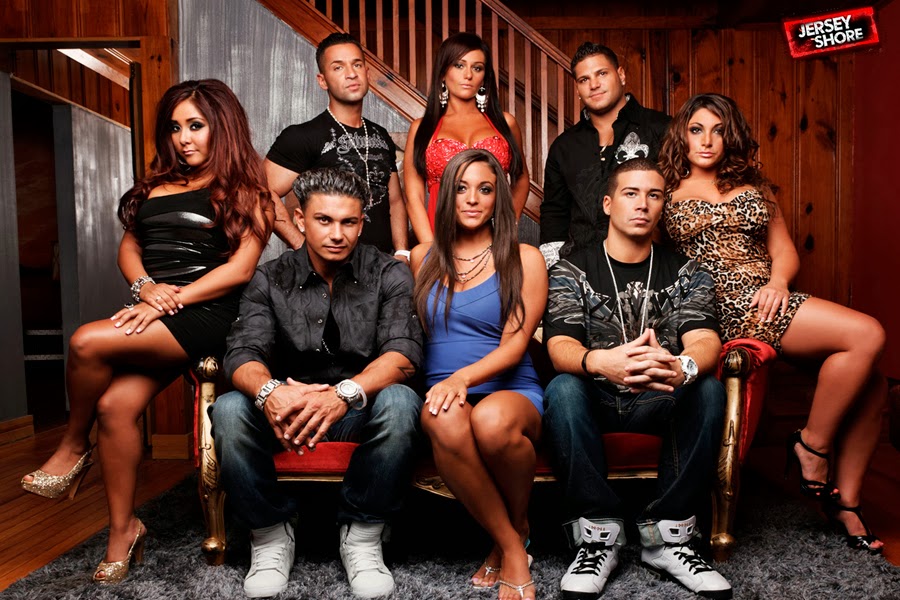